Now officially crowned as champions of the Bundesliga 2012-13, Bayern Munich have a kit to look forward to next season, including a fresh new kit from adidas.

After a darker red and gold effort, the tagline for the Bayern Munich Home Shirt 2013 – 14 is ‘100% Red & White’ – returning the storied club to their traditional colours for the new 12 months, at least. 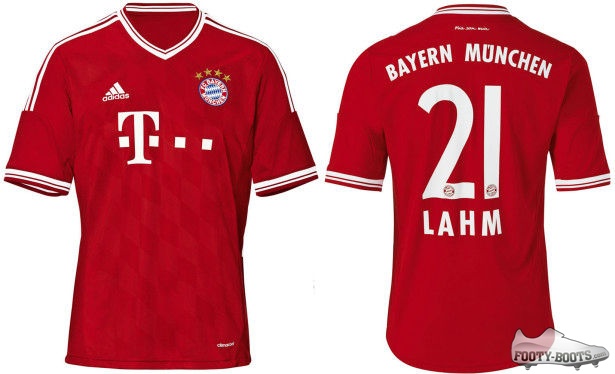 adidas never fail to impress when it comes to the Bayern Munich Home Shirt, and this incarnation is no different.

The V-Neck collar and ribbed sleeve details afford a clean-cut, athletic look to the design, whilst a sublimated print of the heraldic Bavarian diamonds add an extra level of tradition to the design. 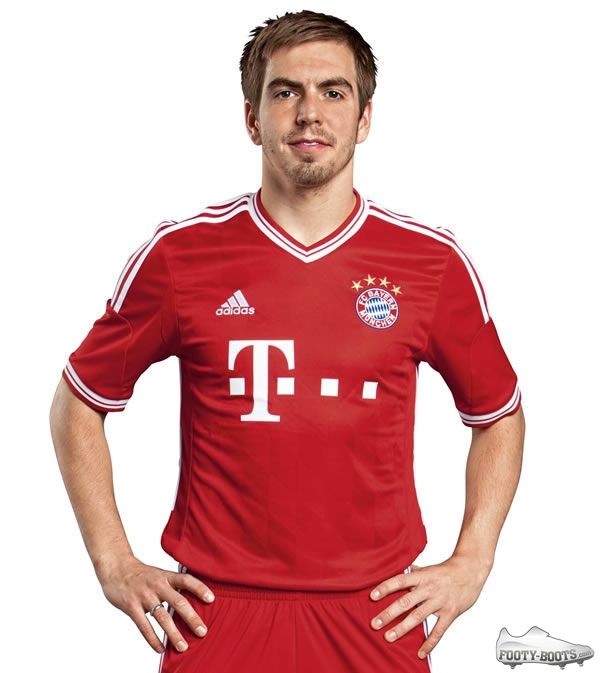 As you would expect from adidas, the Bayern Munich Home Shirt 2013 – 14' features all the technical know-how and application that characterises a shirt release from the Three Stripes, including; ClimaCool, TechFit and Formotion.

The Bavarian powerhouse wore the shirt for the first time this weekend as they finally got to lift the trophy – finishing runaway winners of the German domestic season and rounding out their time under manager' Jupp Heynckes. 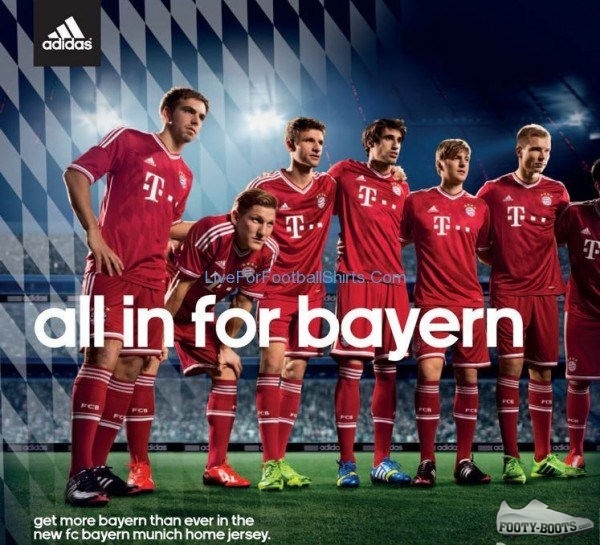 Of course, it would be rude not to mention all the new boots on show in this promotional image – say hello to a new-look Predator LZ, an all-new silo and some fresh colour-ups for the 11pro and F50!

Next season will welcome Pep Guardiola to the dugout at the Allianz Arena – something that already has many football fans rubbing their hands with glee, given Guardiola’s managerial record and Bayern’s position as one of the best sides in Europe.

Speaking of Europe, Bayern could give their retiring manager the perfect send-off as they could end the year as Champions of Europe, set to take on Bundesliga rivals Borussia Dortmund at the 2013 UEFA Champions League Final.

It is expected, however, that Bayern will not wear the new kit for the game at Wembley, as UEFA only accept one home kit per team in the competition – and that has to be submitted at the start of the campaign.

Thoughts on the new Bayern Munich Home Shirt 2013 – 14? Let us know in the comments!