Another day, another new football kit! This time it’s the turn of a foreign club as adidas were in Munich today revealing the new Bayern Munich Home Shirt 2011-12. 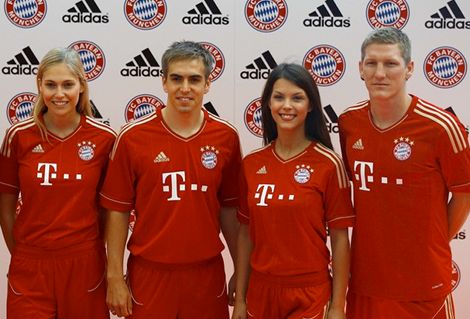 Unveiled at the Allianz Arena only earlier this morning (Tuesday), these pictures of the team in the new Bayern Munich Home Shirt 2011-12 couldn’t be more hot off the press!

Speaking of hotness, we reckon the fiery new all-red Bayern Munich Home Shirt 2011-12 is definitely going to stoke a few flames among fans!

The smart V-Neck collar seems to be becoming something of a hallmark of adidas’ 2011 kit range, having already been seen on the new Liverpool Away shirt as well as the Spain
Home shirt which was released late last year.

Speaking of Spain, we definitely feel there’s a vibe of ‘La Fura Roja’ from this colour scheme, with the Red body and Gold trim strikingly similar to that of Spain’s Euro 2008 kit. 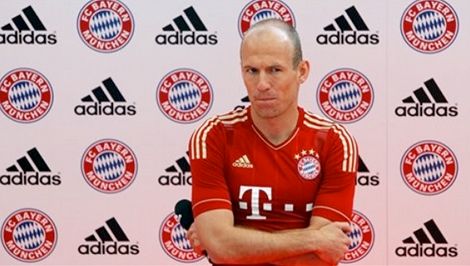 Bayern fans will be hoping that that change of style that the new Bayern Munich Home Shirt 2011-12 brings will bring a change of fortune, too.

Having ended their 2010 season with a league and cup double (not to mention getting to the Champions League Final!) 2011 has been disappointing for Bayern Fans, having fallen off the pace set by Borussia Dortmund and Bayer Leverkusen in the Bundesliga.

Climacool -The shirts also feature adidas ClimaCool technology, a mixture of heat and moisture controlling materials, ventilation channels and 3D fabrics which improve air flow to the skin in the key heat zones. 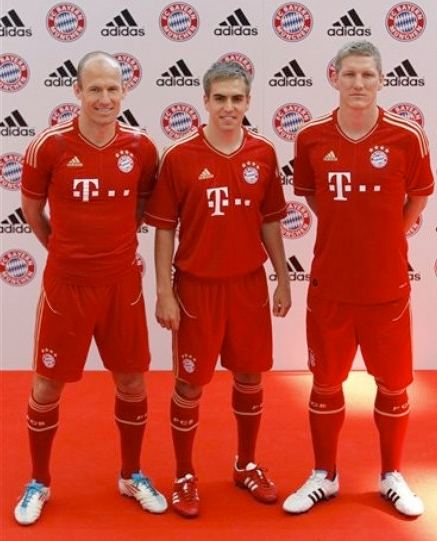 Is the all-red look a refreshing change? Or is adidas playing with fire by tweaking such a classic club colourscheme?

Written By
Kyle Elliot
More from Kyle Elliot
We sneak into the adidas Samba pack photoshoot to grab a quick...
Read More