A produced controversy and talking-points galore – but most importantly (for us, anyway) it also provided a top-quality look at the prototype football boots Joey Barton has been testing for Puma. 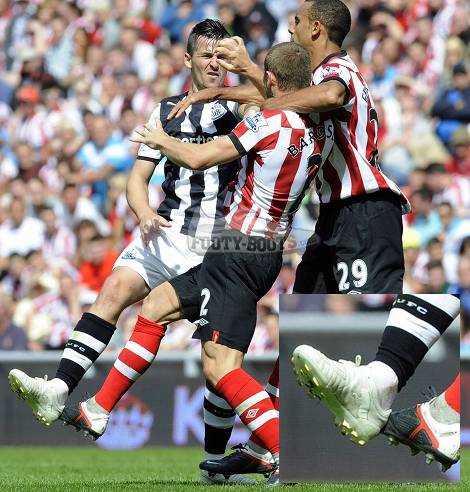 For Footy-Boots.com newcomers, we clocked the controversy-courting midfielder donning a mysterious pair of white-out football boots in a pre-season match-up between Newcastle and Darlington.

The main talking point at the time was Barton’s switch from the adidas adiPower Predator he ended last season wearing, wearing this mysterious pair of Puma football boots despite not being contracted to do so.

Barton then took to Twitter (as he is wont to do…) to rave about his new footwear, decreeing them to be the best football boots he has ever worn! Again, it’s worth pointing out that Barton’s only connection to Puma football is they are the kit supplier to Newcastle United, meaning he’s not being paid to say stuff like that!

Since then, the former Manchester City player has opted to wear a custom pair of v1.11SL’s for competitive action – until this weekend when he returned to these Puma ‘White-Outs’.

From what we can see, these prototype football boots look to have a leather forefoot which also contains some fairly low-profile control elements along the big toe. 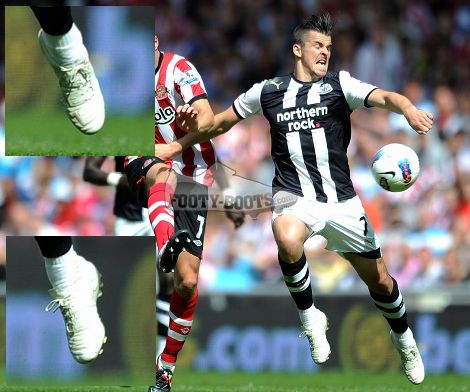 We also can’t help but notice how well these interesting-looking features line up with the joints of the foot, meaning they could well serve a protective purpose, too – much like the MPZ on the Under Armour Dominate Pro!

Other than that, we can also see that these football boots look to have a fairly substantial look to them – which would make sense given Puma has only just updated it’s Speed silo – and uses the aggressively-styled Puma sole-plate that has become a staple of the German brand’s range.

What do you think Barton & Co. could be testing for Puma?

New Control-focused' football boots for midfielders like Carrick and Barton? Or something else?

Written By
Felipe
More from Felipe
An exclusive interview with Chris Tyler. It's informative, revealing and completely absorbing.
Read More