Newcastle midfielder Joey Barton has made the surprising switch to Puma football boots, after being a long-time adidas Predator wearer, but not only that, our Footy-Boots.com spies have reason to believe the one-time bad-boy is wearing a prototype of a new cleat. 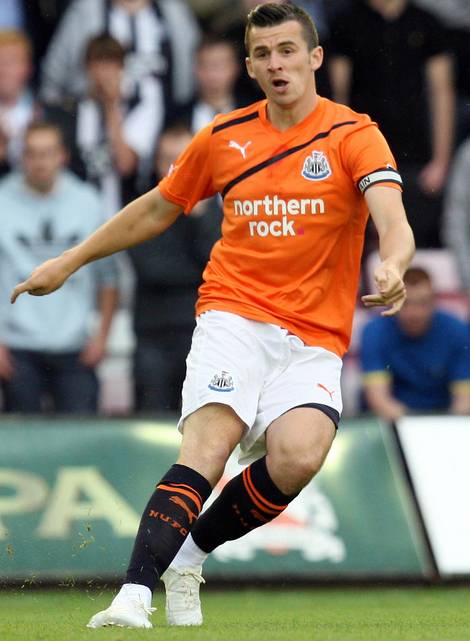 The former-Manchester City midfielder has worn the adidas Predator for over 6 seasons, so seeing him in a pair of Puma football boots was surprising enough when Barton began pre-season training in the gorgeous Puma Mexico Finale 1986’s.

However in a recent friendly match-up with Darlington, the combative centre-mid wore a previously unseen pair of Puma football boots – which Footy-Boots.com are certain are a prototype for a new model, yet to be released by the German brand. 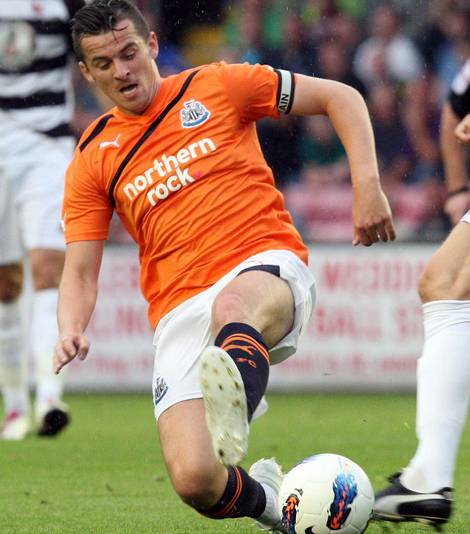 Puma themselves have remained tight-lipped, only confirming there are no negotiations underway to try and sign the controversial player to the ranks of the Big Cat like recent acquisitions Mikel Arteta and Steven Pienaar.

However, after gaining access to some exclusive high-res imagery of these white-out football boots we were able to make some of our own conclusions to exclusively share with our beloved readership! 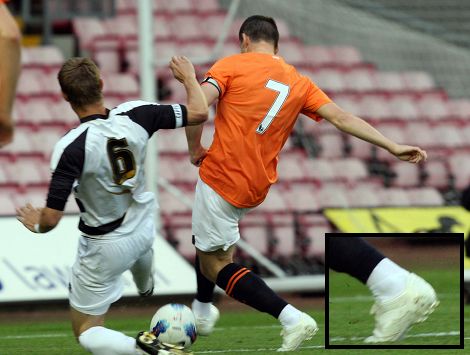 Looking at some of the detailing on the instep of the boot (that we’ve highlighted in this image) it definitely seems as though Puma are taking a technology-packed approach to their new football boots, with the larger panel across the lace-eyelets looking very similar to the Mizuno Wave Ignitus II’s Mukaiten Panel.

But we know there are some real experts out there in the Footy-Boots.com audience – and we want to hear from you!

Get loud in the comments and share your expertise with us'  – what do you think these football boots are?