Fresh from a triumphant term in La Liga, Barcelona will be hitting the pitch with a fresh new look as Nike reveal the Barcelona Home & Away Shirts 2013 – 14.

After a fade design that eventually became something of a favourite with fans over the last 12 months, Nike have come back to the classic stripes of previous kits and aimed to create two shirts that at first seem simple, but are masterfully complex underneath – just like Barcelona’s style of football. 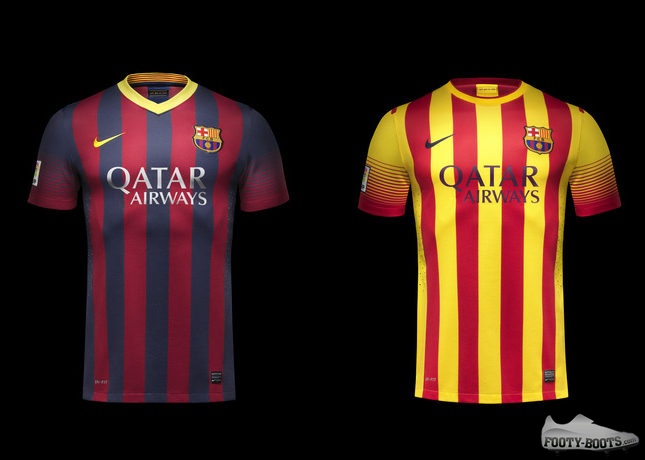 The 2013-14 Barcelona Home Shirt not only brings back the red and blue stripes, but also the yellow of the Catalan flag.

The jersey features a vibrant yellow V-neck collar to represent the Catalan flag, the Senyera, which is also fully integrated in to the back of the collar.' The red and yellow stripes of the Senyera also feature' inside a side vent on the hem of both sides of the shirt. 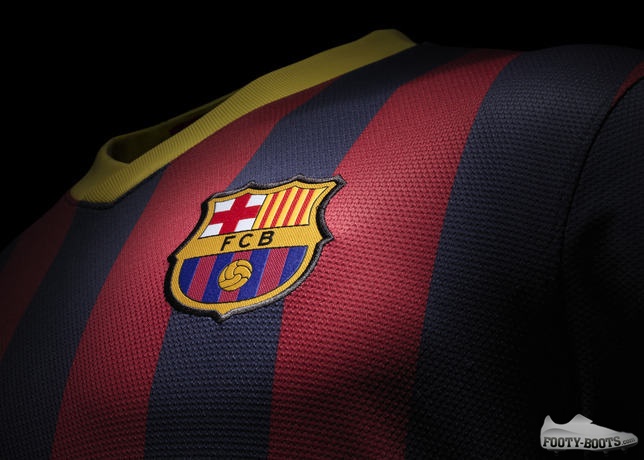 Inside the back of the neck is a woven label featuring the club's motto Ĺ›Mes que un ClubĹĄ (More than a Club).

The new home shorts are blue, and the' socks feature a thin yellow stripe at the top and a' graphic' red-and-blue stripe repeated from the sleeves. 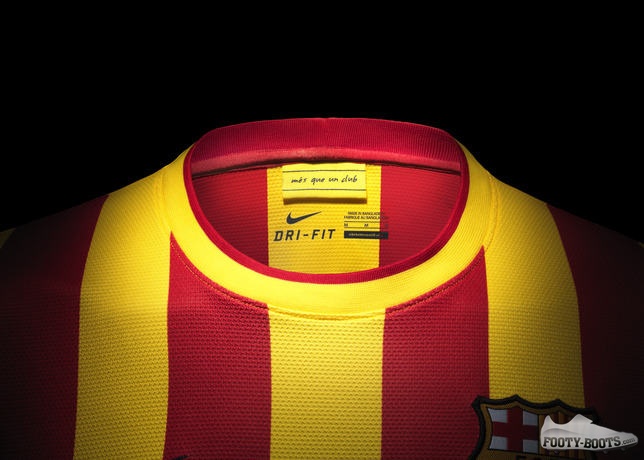 For the first time,' FC Barcelona' will' play in an away kit featuring the red and yellow of ' the Senyera as the club's traditional stripes.

The away shirt features a yellow-ribbed crew neck with' red trim,' amplifying' the design of the home shirt. Bold' yellow and red appears as the traditional stripes on the body and in the fade stripe on the sleeves.' Inside the back of the neck is a luxury woven label featuring the club's motto Ĺ›mes que un clubĹĄ (more than a club). 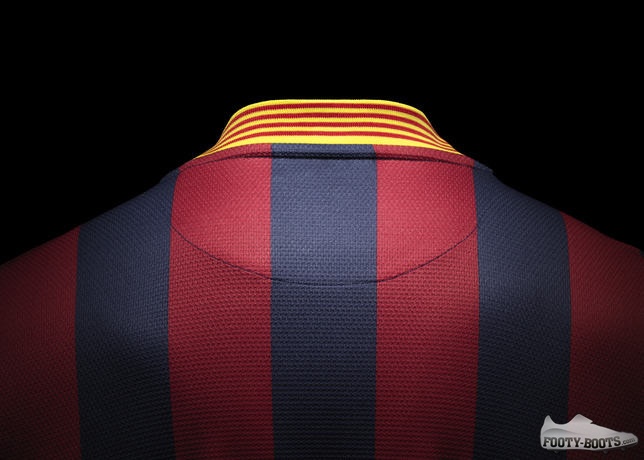 Both kits will be cut from Nike Dri-Fit fabric, for exceptional moisture management and sweat-wicking properties.

And, as with all Nike shirts since 2010,' both ' Barcelona Home & Away Shirts 2013 – 14' are made from' recycled polyester in accord with Nike's commitment to produce' athletic wear with a low environmental impact.' The shirt and shorts of each kit are made from up to thirteen recycled plastic water bottles.

Barca fans – happy with the return to stripes?