It takes a lot to slow Messi & co. down on the football pitch, but reports from the Camp Nou suggest that one of the things that is weighing the superstars of Barcelona down are their football shirts! 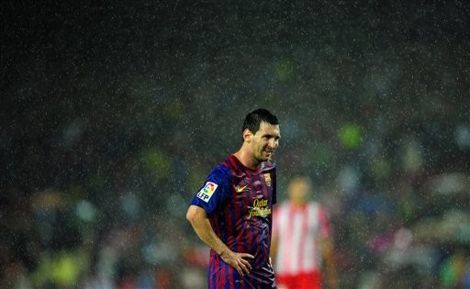 The Spanish champs say they have recently met with Nike officials to complain about the new shirts – for one strange reason in particular; the shirts are absorbing too much sweat!

Barcelona players have been weighing their football shirts at half-time every game so far this season, and contend that – despite Nike’s Dri-Fit technology – the high-tech garments are absorbing so much sweat the double in weight after 45 minutes!

The Spanish newspaper El Pais first reported claims from Barcelona players that the shirts more than doubled in weight by halftime. 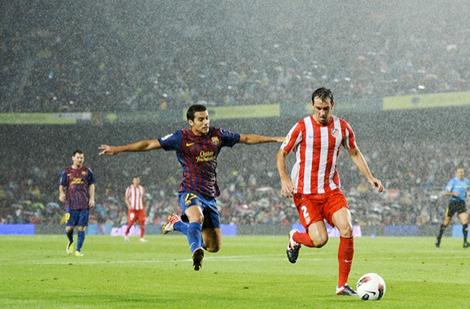 Nike said in a statement to The Associated Press on Tuesday that it is “working to find a solution to the problem with the shirts along with the club.”

The American sports apparel giant said it does not know the exact problem with the shirt, but it should be resolved in two to three weeks.

The new shirts are made from a fabric called Dri-FIT, which is composed of recycled plastic and used exclusively by first-team squads of Nike’s sponsored clubs, including Manchester United, Arsenal and Inter Milan. The jerseys are not for sale to the public.

Nike said Barcelona is the only one of its sponsored clubs to complain so far, although tennis star Rafael Nadal experienced a similar problem with his own Nike Dri-FIT gear at the Australian Open in January. 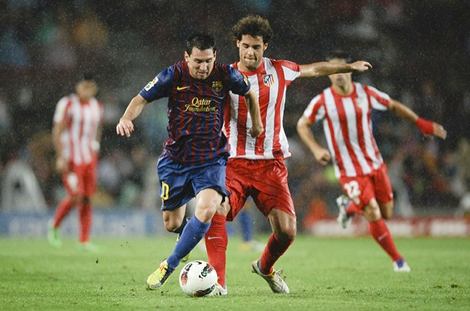 Personally, here at Footy-Boots.com, we’d like to stick up for Nike on this one.

Aside from the shorts now being made of recycled material Nike’s Dri-Fit tech hasn’t changed since last season, so whatever problem there is this year has actually been there for at least 12 months.

We’d instead like to square the blame at the torrential downpours that have stricken several of Barcelona’s opening games of the season which, as you can see from the photos, would saturate any garment unfortunate to be caught out in them.

Written By
Ramsay
More from Ramsay
adidas and the Argentine Football Association have struck a deal for the...
Read More