After a well-received effort last season, Nike bring something completely new to the Barcelona Home Shirt for 2012 /2013! 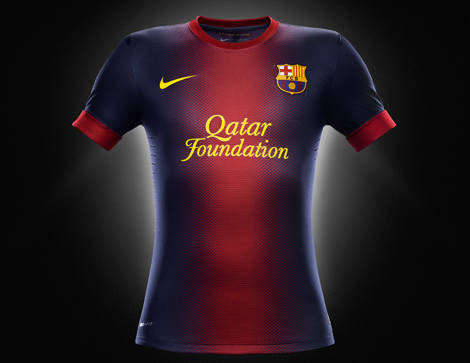 Inspired by the way Barcleona have fused homegrown and academy players with their world-class superstars, Nike have fused the famous blaugrana stripes together for the first time on the Barcelona Home Shirt 2012 /2013.

Creating a bold new look, never before seen on a Barca shirt, Nike hope that the new design continues to inspire the Catalan club’s values of youthfulness, tradition and creativity. 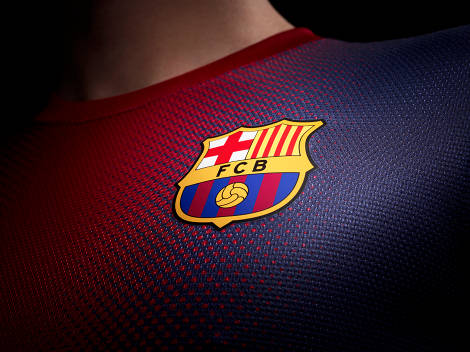 The classic red crew-neck collar is used to give the shirt a clean-cut edge, whilst the graphic on the outer neck is the Catalan Senyera flag.

Whilst the blue used on this season’s Barcelona Home Shirt is darker than season’s gone by, the now-traditional ‘Més Que Un Club’ (More than a club) is remains on the inside of the collar. 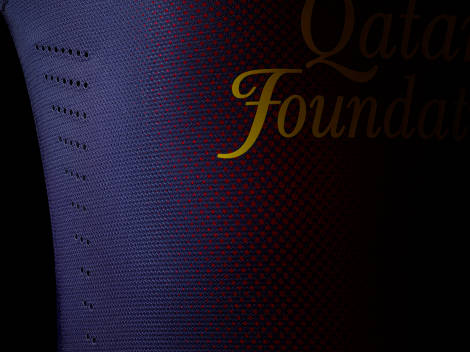 The sleeves can be worn either rolled down to red to match the collar, or rolled-up to reveal the classic Barcelona golden yellow, matching the club’s crest and sponsor.

The blue shorts have a red stripe on the side and ‘Barca’ on the back waistband. The blue socks have Barça in yellow in the same font as the shirt. The socks also offer a new and innovative design featuring an updated cotton footbed offering additional support and comfort. 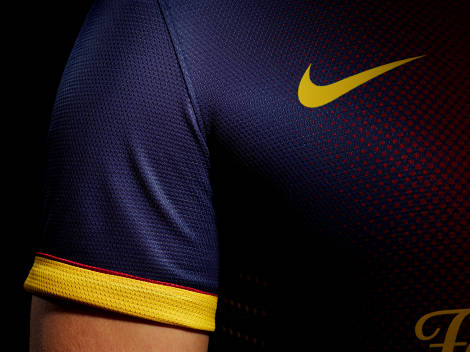 Whilst definitely better in the official photos than on some of the sneaky-leaks we’ve seen over the last few months, we definitely reckon this one’s a grower, but what matters most is what you think!

Hit up the comments below to give us your say!