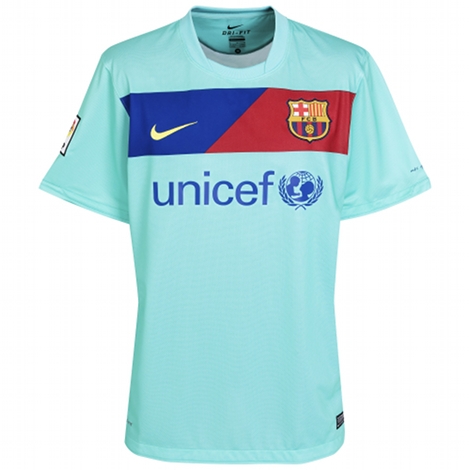 Taking a very unique design for the new season, this year’s Barcelona Away kit is in a daring Cool Mint Green, Barcelona will (for once) have something in common with Scottish club Hibernian!

The Barcelona Away Shirt also features the traditional blaugrana colours, incorporated in an unexpected (but not unwelcome!) half and half stripe across the chest. 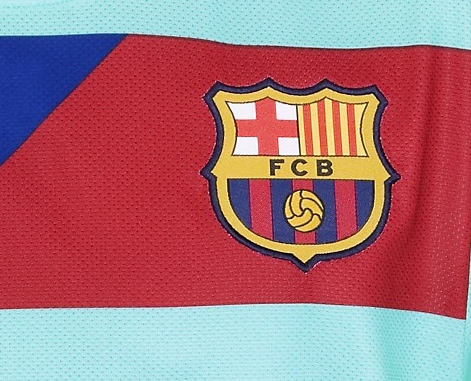 After the unprecedented sextuplet of honours in the 2008-2009 season, 09-10 must have been something of a disappointment to the Barcelona boys who had to settle for just the La Liga title (Poor dears!). So, Messi, Iniesta, Villa and co will be hoping the fresh minty green Barcelona Away Kit will bring them a fresh start to their 2010 – 2011 campaign. 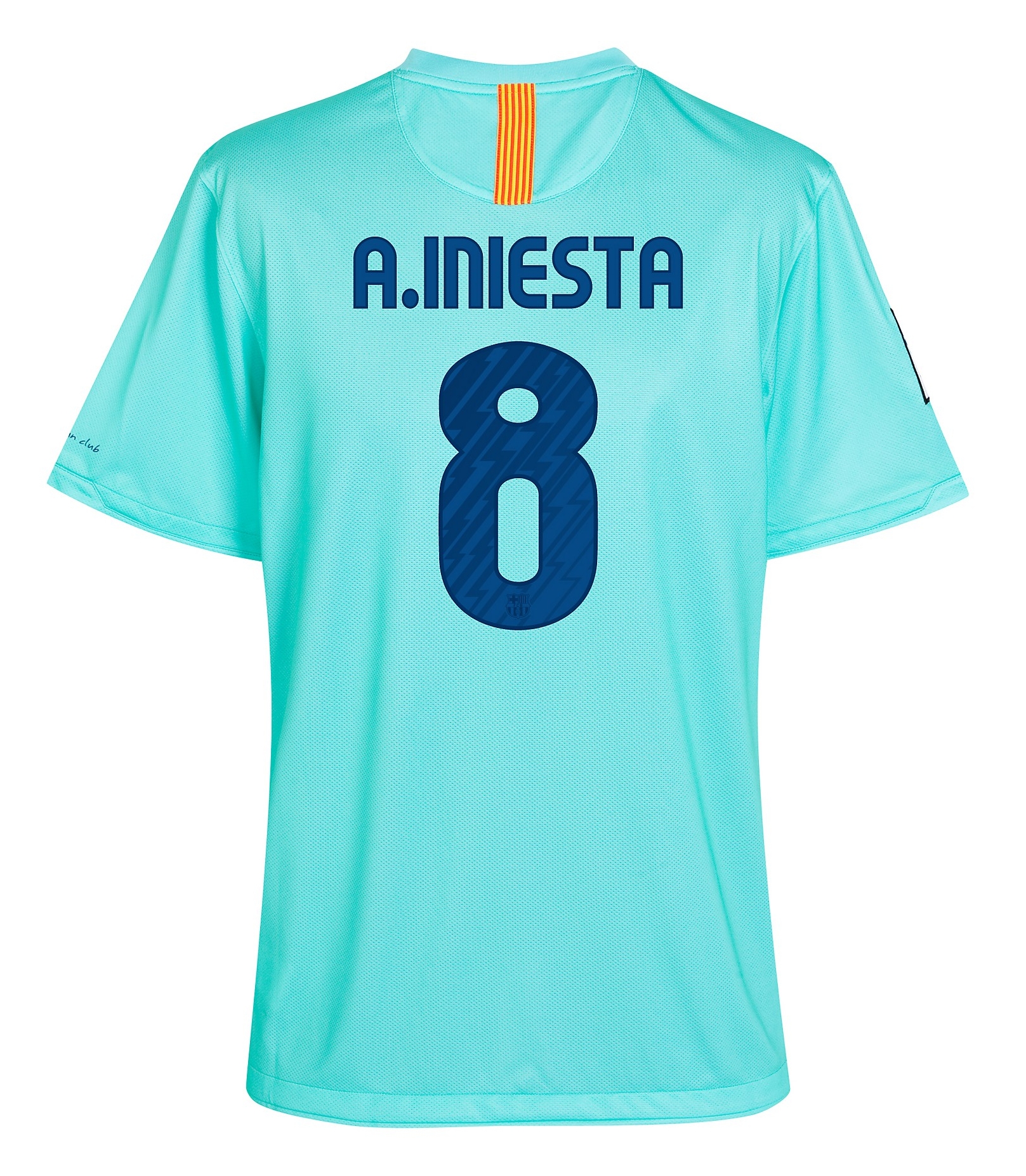 After the huge success of the recycled shirt initiative of their International Shirt range, Nike are carrying it over to their club jerseys too – with each of the new Barcelona Away Shirts being made from 8 recycled plastic bottles! 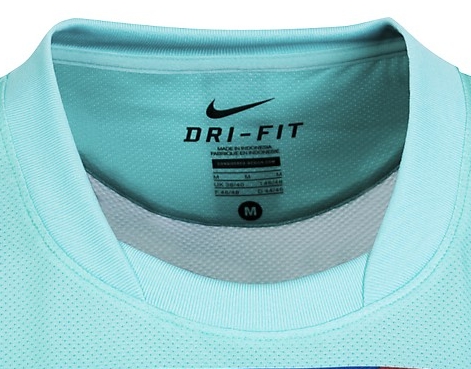