Barcelona could be about to test Arsenal’s resolve once more, having confirmed their interest in the young Spaniard. 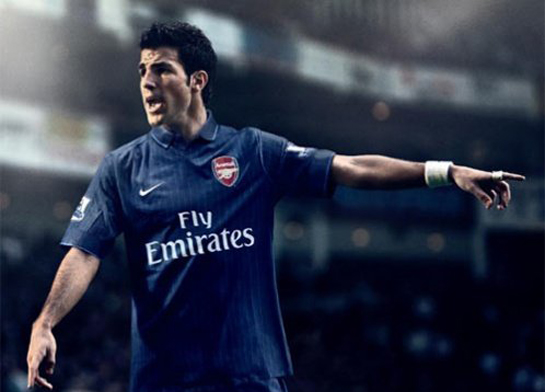 Barcelona have reignited the “Fabregas to Spain”petition, after their director of sport Txiki Begiristain confirmed the club’s interest.

With less than a week until the start of the season, Arsene Wenger could do without having to fend off approaches for his club captain. A headline that raises its head every summer.

Fabregas, who has five years on his contract with Arsenal, started his career at the Nou Camp, but Arsenal picked him up when he was just 16 years old. Although he has expressed his respect and fondness of the Barcelona manager Pep Guardiola, Fabregas has been keen this summer to express his loyalty to the gunners.

Arsenal see Fabregas as the central figure in their plans to develop their young squad into title challengers and would be loathe to lose Fabregas and only a truly exceptional offer is likley to get the Arsenal board to consider letting Fabregas go.

It depends on how much we want to spend. If we spend a lot of money, it is possible.

We do not know how much it will be yet. We have not asked Arsenal.

If the amount is too high, we will not try.

Written By
Felipe
More from Felipe
Avram Grant believes that Chelsea can overcome their defeat in Turkey, when...
Read More