It looked absolutely dismal, weather-wise, at Liverpool’s Melwood training complex as the Reds warmed up for their make-or-break clash with Chelsea at the weekend – the sort of conditions that must make it hard for even the pro’s to want to get out of bed on a morning.

However, one player who had more than hill-sprints and drills to look forward to was striker Mario Balotelli, who had a fresh pair of PUMA evoPOWERs to play in. 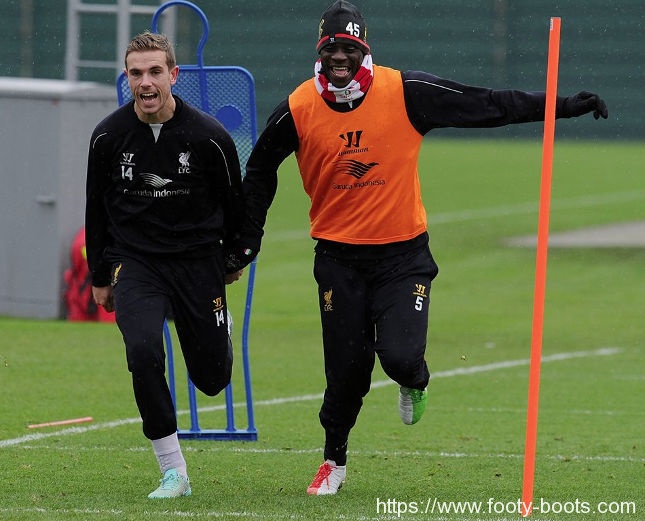 The out-of-sorts striker hit the training in a striking new version of his usual PUMA football boots,  which are decked out in asymmetrical colours to match the Italian national flag.

Reminiscent of the ‘odd’ Tricks edition boots from the World Cup, PUMA are once again proving that nothing is off the table when it comes to their design department.

Also unusual for Balotelli is the fact the former AC Milan forward obviously liked the new design so much he opted for the synthetic version of the PUMA evoPOWER – having favoured the evoPOWER 1L in the past.

With Mario Balotelli donning these new football boots in training today we can only hope that the star of the #ForeverFaster campaign will be giving them a debut for one of Liverpool’s biggest games this season.

The only remaining question is whether these ‘Italy Edition’ PUMA evoPOWER 1’s are alone in their concept – or whether we can expect Aguero, Fabregas and Reus to don similar designs based around their country’s flags.

Written By
Kyle Elliot
More from Kyle Elliot
The Indonesian Football Associate are being sued over their Nike football shirts...
Read More