It’s coming to the end of what has probably been the single greatest year of sport in our generation, so the battle for the FIFA Ballon D’or will be hotter than ever before.

So, now that the 23-player shortlist has been revealed, we’re taking a look at which football boots the best players in the world employ. 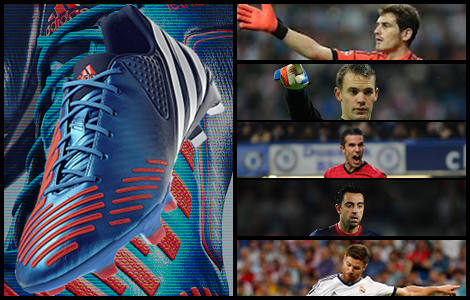 The latest iteration of the legendary adidas Predator has world class fans up and down the pitch. With staunch goalkeepers,' influential' midfielders and a deadly striker making up the five players who wear the Predator in the Ballon d’Or shortlist, it’s fair to say these boots are at home anywhere on the pitch.

One obvious bone of contention is Robin van Persie’s love of the adiPower Predator, but for the sake of ease he’s catagorised in with his fellow Predator wearers. 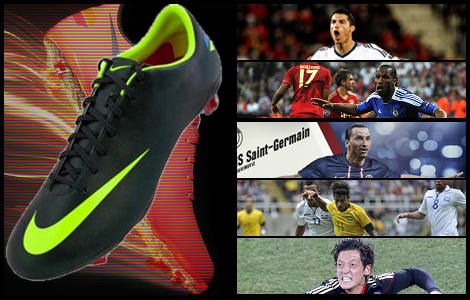 Locked in a dead heat at the top with the adidas Predator, the Nike Mercurial Vapor is a lot less varied in the type of players who wear it.

If there’s one thing Ronaldo, Drogba, Ibra, Neymar and Ozil share, it’s a love of high-tempo play and scoring goals. Lots of goals.

Whilst Ozil has been the subject of a boot drama that just won’t die, we’ve put him in with team Mercurial, as they are what he has worn for the overwhelming majority of the last 12 months. 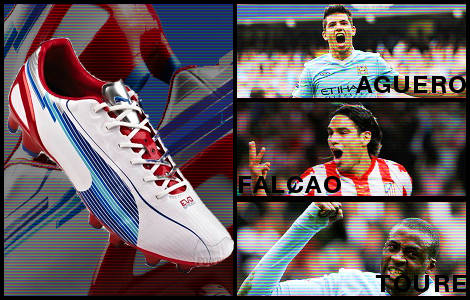 Puma’s big-spending player signing spree looks to have paid off, as they boast four of the 23 Ballon D’or nominees – of which three wear the all-new Puma evoSPEED 1.

A serious contender in the Speed boot market, the Puma evoSPEED 1 has taken no time to settle in, winning over players to the cause left right and centre.

With it’s Ballon D’or honours including two lynchpins of Manchester City’s title-winning squad and Colombian goal-machine Falcao, expect it only to grow in influence in time for next year’s list. 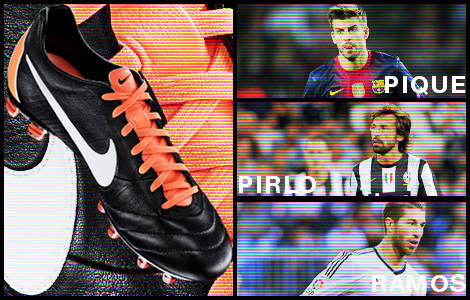 On the feet of Spain’s improvised centre-back pairing Gerard Pique and Sergio Ramos, the Tiempo Legend IV was in the spotlight throughout the summer, and helped the two defenders on the road to glory in Poland & Ukraine, whilst also showcasing it’s masterful touch on the feet of the timeless Andrea Pirlo. 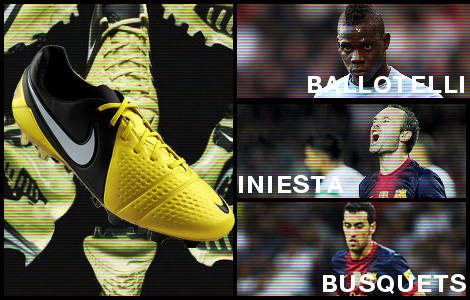 Part of a three-way tie with' the Puma evoSPEED 1 and stablemate the Tiempo Legend IV, the Nike CTR360 III (and indeed, the II – as that’s what the majority of the year was played in) is another boot with a good chunk of world-class wearers.

Pass-master and CTR-main man Andres Iniesta gets an expected nod after helping Spain to a third consecutive major international tournament, as does partner in crime for club and country Sergio Busquets.

Whilst bad-boy Mario Balotelli’s inclusion might be a surprise to some, his goals proved vital in Manchester City’s title-winning campaign and Italy’s run to the Euro 2012 final. 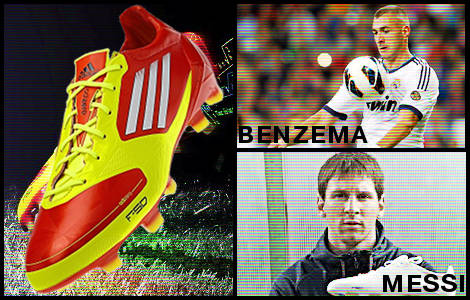 With the spoils of adiZero wearers that you’ll see on the pitch week-in, week-out, it’s something of a shock to see one of the lightest boots on the planet being represented by only two players.

Despite counting players like Bale, Silva and Robben as wearers, the F50 has Spain-based duo Karim Benzema and Leo Messi as it’s' flag-bearers' on the Ballon d’Or shortlist; arguably a case of quality over quantity! 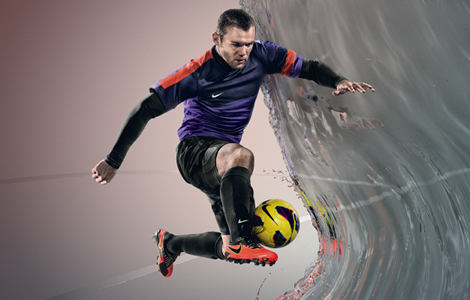 With just one nominee between them, the two ‘power’ boots find themselves at the bottom of the pile.

Buffon played a vital role in Italy’s Euro 2012 run and helped Juventus to their 28th (officially-recognised) Serie A title. As the only Englishman on the list, we’d love to report on the success Rooney has had with Manchester United and England. But we can’t.

Who do you think will be crowned the best in the World come January 2013?