adidas have kitted out Real Madrid duo Gareth Bale and James Rodriguez with an all-new generation of adidas f50 Crazylight football boots for the stars to wear, as the Los Blancos stars took to training in their bright new cleats yesterday at the Valdebebas.

After starring for their national teams over the last week, the two f50 wearers arrived back in Spain to some new footwear from the Three Stripes as adidas look to bring out another generation of super-light football boots. 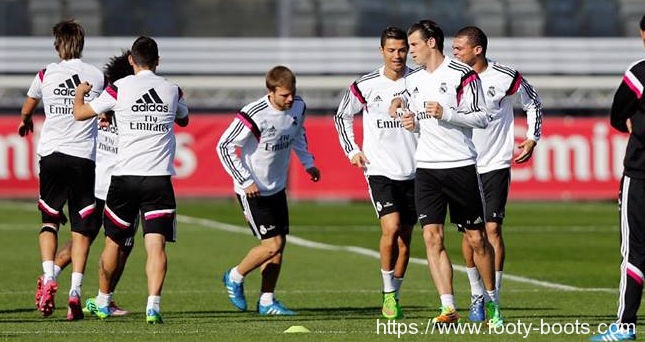 After only Bale wore the 135g boot earlier this year, adidas are set to bring back the boots as part of a new Crazylight pack, set to be revealed later in the month.

Given we haven’t seen any black-outs in the build-up to them hitting the pitch, we’re presuming that this adidas f50 Crazylight will retain all the same tech as the previous model, but is sporting a daring new colourway.

Each boot will be a mirrored Red/Electricity Blue/Solar Slime colourway that runs across each boot, with the colours blocked into chevrons in the style of the first model we saw earlier in the year. 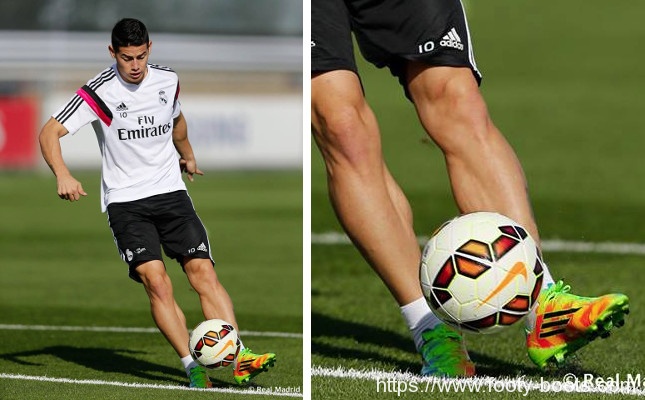 adidas are forever pushing boundaries, particularly in the realms of weight, so whilst we’re pretty confident of what to expect from the f50, we’re also especially excited to see what the adidas Crazylight Pack has in store for the rest of their football boots.

As for when we’ll see Gareth Bale and James Rodriguez wearing these football boots in competitive action, we’ve got a couple of good guesses.

The Champions League returns shortly, and adidas have always enjoyed dropping in new ‘packs’ to coincide with their premier annual competition. But then there’s also the small matter of the first el Clasico match of the year – and we’ve no doubt these football boots will only add to an already colourful occasion.