Two weeks ago we reported that the South African Football Association (SAFA) had reached a deal with Puma to be the new technical sponsor for the Senior National football team, but last night Bafana Bafana played Kenya still wearing the famous adidas three stripes – what went wrong? 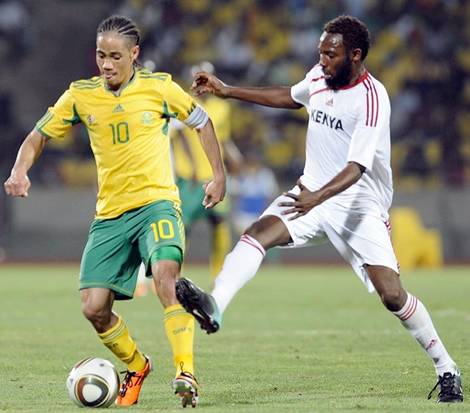 Well you’ve come to the right place to find out, as we’re going to run through all the backstage goings-on that led to this almighty mix up.

December 2010: Going back to December,'  adidas were looking to renew their technical sponsorship with the SAFA after a successful World Cup campaign – but negotiations didn’t run smoothly and ended with both parties agreeing to go their separate ways. And that’s the polite way of saying it – many sources described the conclusion of the meetings as ‘acrimonious’ and certain parties being ‘unwilling’.

January 25th 2011: Fast forward to January 25th – SAFA CEO Leslie Sidibe reveals, seemingly out of nowhere, that he’s reached a ‘very lucrative’ deal with Puma and ‘negotiations are at a very advanced stage’ – even going as far as to say “I can assure you that when Bafana play against Burkina Faso next month, they will be in the new Puma jerseys”. 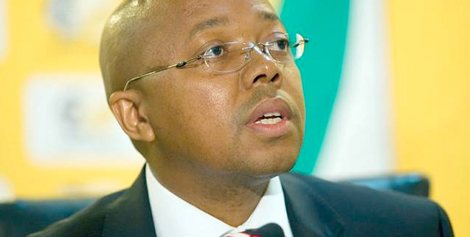 February 1st 2011: Exactly a week later the SAFA announce they have ‘parted ways’ with Sidibe, for reasons only described as ‘agreed by both parties’, which is presumably where the Puma deal started to fall through.

February 3rd 2011: To make matters worse, 6 days before the match, Burkina Faso pulled out of the friendly, leaving a CEO-less SAFA to find a replacement. Fortunately, Kenya were prepared at short notice for a game, and the SAFA swiftly reached an agreement where both teams would meet in South Africa.

February 7th 2011: Two days before the match a press conference that was set to announce Puma as the new technical sponsor, but had to be postponed just hours before it was set to take place, after both parties failed to reach an agreement.

February 9th 2011: South Africa take to the pitch in their World Cup adidas strip in a 1-0 Friendly win over Kenya.

adidas South African PR manager Zobuzwe Ngobese revealed that this is due to an 11th hour informal agreement reached between the SAFA that will see the Three Stripes clothe Bafana Bafana for all matches until July, presuming that South Africa fail to find another technical sponsor within the next 5 months, and that no cost is incurred to adidas themselves.

”There is a plus for us” said Ngobese, “free brand exposure. But from a production point of view, we are not producing any Bafana jerseys. The contract ended in December and there have been no orders coming through from the retailers,”

In short, adidas are happy for the South African Football Association to continue kitting out Bafana Bafana (and the youth teams) in their current adidas shirts until July as long as adidas don’t actually have to make any more.

After such a heartening display at their World Cup, it’s a real shame to see the South African national team caught in the middle of something like this, especially in the midst of Africa Cup of Nations qualifying.

What do you think would be next move for the SAFA? Give Puma a second chance at the negotiation table? See if adidas would consider making their agreement formal? Or even go to someone who could do with expanding their presence in Africa; Nike?

Written By
Kyle Elliot
More from Kyle Elliot
Why aren't we seeing as many super-light releases? We see how what...
Read More