No stranger to a bold colourway or two, the Puma evoSPEED 1.2 returns for it’s third official colourway (after a couple of nifty limited editions) in a bold Azalea Pink option.

Mixing an all-pink upper and soleplate with black and metallic silver trim, this update will be exclusive to the synthetic version of Puma’s top-flight speed boot, at least for the time being. 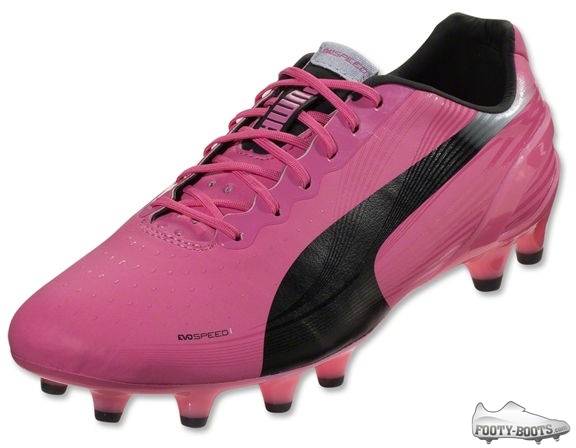 Going back to the v1.11, Puma have decked out their lightweight boots to be worn by female footballers on both sides of the pond, as well as male soccer stars in the MLS who want to put their weight behind the cause.

However, for the evoSPEED 1.2, Puma will be making a pink version available to all players from the start of the season (sharp-eyed fans will have spotted at least one pair in the Women’s European Championships this summer) – reminding us of the general release of the Pink v1.08 back in 2008.

Certainly a bold statement to make on the pitch, we’ve seen our fair share of Pink football boots over the last few years – with most players opting to wear the once-unthinkable shade. 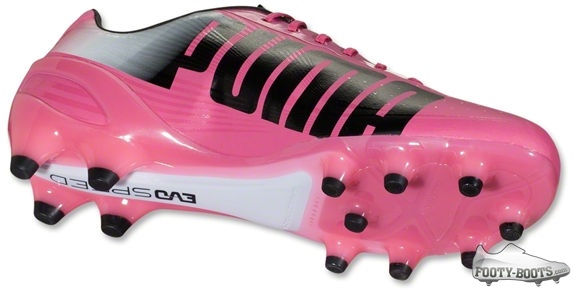 Anyone that does slip into a pair of the evoSPEED 1.2 will – regardless of colour – be getting one of the best speed boots on the market; boasting a leather-texture monolayer synthetic boot, augmented by the internal everfit cage and Griptex 3D control element.

The Azalea Pink Puma evoSPEED 1.2 is available to pre-order from the US Footy-Boots.com store now, and will be joined by the rest of the world week commencing Monday 12th August 2013.

What do you think of this update for the evoSPEED 1.2? Let us know in the comments!