Nike have revealed the all-new Aston Villa Home Shirt 2011-12 ahead of the start of the new season in August. 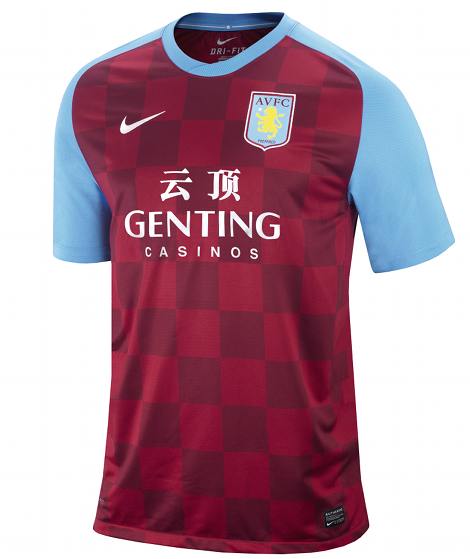 Nike say the new' Aston Villa Home Shirt 2011-12 is designed to be ‘classic’ and the pattern incorporated into the front is one that has been prominent in the Birmingham club’s history.

The new' Aston Villa Home Shirt 2011-12 is a claret all over chequered pattern, with a light blue crew neck collar and light blue sleeves.

The kit pattern is inspired by the club's famous chequered flag, synonymous with fans at The Holte End at Villa Park, which echoes the tiling seen at the Barton Arms pub a stones throw from the stadium (and is said to be the original place of inspiration for the iconic claret and pale blue club colours), a pattern which has become a club identity for fans in the local community and beyond. 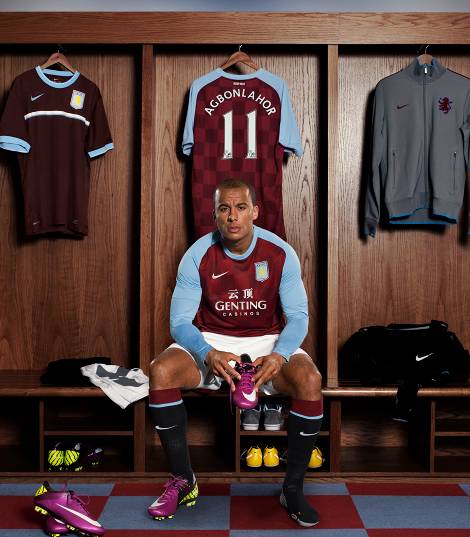 Whilst Nike has been the name behind some pretty wild designs over the last 12 months – Inter Milan’s serpent last season, Arsenal’s new ‘jockey’ away kit – it’s nice to see the American brand look to something as humble and'  simple as a flag and a pub.
The home kit shorts are white with a light blue stripe on the back near the bottom of each leg, while the socks are black with a claret and light blue top. 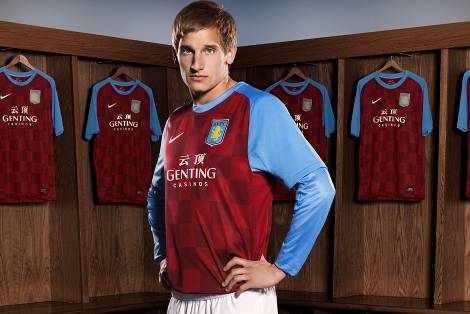 The words Ĺ›Pride of BirminghamĹĄ sits inside of the Aston Villa Home Shirt 2011-12 on the back of the club crest, sitting next to the heart to demonstrate both players and fans Inner Pride.

What do you loyal villians make of the new Aston Villa Home Shirt 2011-12?

Written By
Ramsay
More from Ramsay
The creative controllers boot with a sweet spot. The Concave Halo+ >>
Read More