Nike have today unveiled the new Aston Villa Away Shirt 2011-12, which the Villa Park club will wear as they look to improve on a shaky previous campaign. 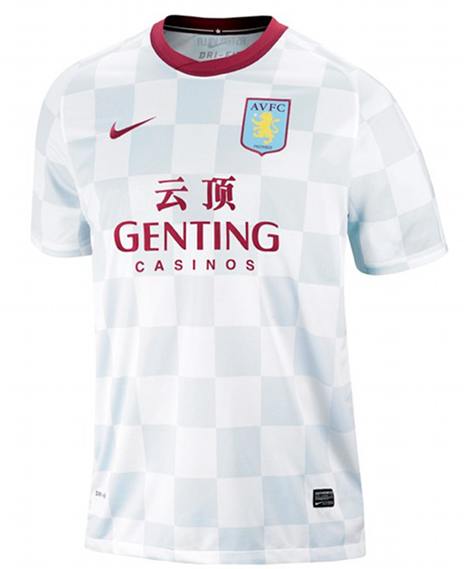 It looks to be a long summer for Villa fans, with Ashley Young seemingly close to a move to Manchester United, constant speculation over Stewart Downing and a host of players set to leave for next to nothing.

But with a new Manager installed well ahead of the pre-season, Darren Bent in fine form and some exciting young prospects in the squad, there’s light yet at the end of the tunnel for the Villians – and it seems that the new White and Silver Aston Villa Away Shirt 2011-12 is representative of that! 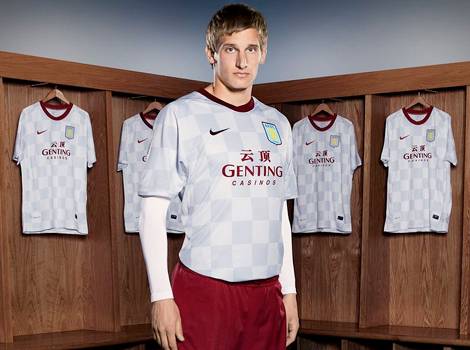 Featuring a chequer-board pattern that encompasses the whole of the Aston Villa Away Shirt 2011-12, there’s a real sense of individuality to the strip that other, more plain, shirts don’t have.

Still keeping a sense of Villa’s iconic colour-scheme, the shorts of the Aston Villa Away Shirt 2011-12 feature the classic claret that is associated with the midland’s club, along with simple-but-effective collar that compliments the Villa crest and Nike tick nicely.

As with all of Nike’s new range of kits, the Aston Villa Away Shirt 2011-12 is among Nike˘ most environmentally friendly ever! 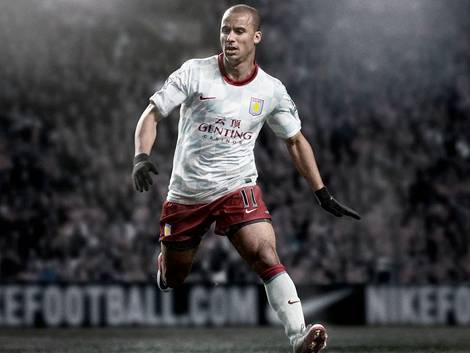 Taking last year˘ considered design initiative to the next level, the shorts are now made out of the same recycled material that the shirt is, meaning Nike can recycle even more plastic bottles from the world˘ landfills to produce their football shirts.

All-in-all, we think Nike have done a solid job on the Villa’s new kit, and the new sponsor (after their deal with FxPro fell through last season) isn’t too big and gaudy as to ruin the shirt. 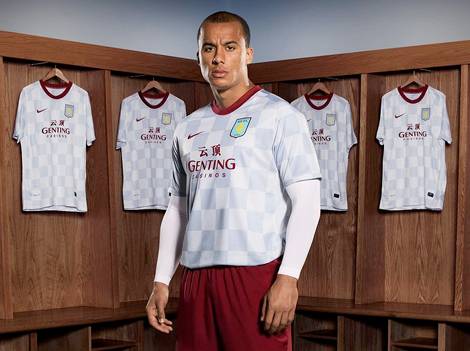 Use the comments below and let us know what you reckon to Nike’s latest creation!

Written By
Felipe
More from Felipe
There's nothing like an old classic in the modern day hurly burly...
Read More