Footy-Boots.com recently revealed that many football boot brands have imposed a a long list of stipulations to prevent supermarkets from stocking their replica football shirts (Read Article). The criteria made it difficult for supermarkets to stock the kits because they would have to put them near other kinds of product, such as food. Some supermarkets have alleged the rules were introduced to ensure the football shirts would only be sold in shops which would stick to the retail price rather than supermarkets which would be more likely to sell them as cut-price “loss-leaders.” But the manufacturers insist they are to ensure customers are able to make purchases in a retail environment that meets minimum quality standards.

Supermarket chains including Asda, Sainsbury’s and Tesco had previously only been able to get football shirts in stock by using the so-called grey market, which involved buying them in from Europe rather than directly from the manufacturer. 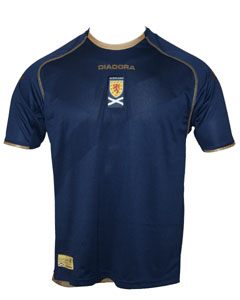 Asda’s deal with Diadora is the first time a major kit manufacturer has agreed to allow its football shirts to be sold in a supermarket. Asda said it now planned to approach Nike, Adidas and Umbro to ask them if they would be prepared to supply the supermarket chain in the future.

Asda’s general manager for sporting goods Paul Crier has also called on football boot brands to reduce the prices of replica football shirts, encouraging them to sell strips at a “fair price.” “At last we’re starting to see the whistle blown on rip-off football shirt prices,” he said.

Back in 2003, the Office of Fair Trading fined companies including JJB Sports, JD Sports, Umbro, Manchester United and the Football Association for fixing the prices of England and Manchester United football shirts.

Written By
Felipe
More from Felipe
Kevin’s Back KK was back at the Toon last night. His presence...
Read More