Andrey Arshavin dealt a serious blow to Liverpool’s title aspirations as he bagged all four of Arsenal’s goals in an incredible eight goal thriller at Anfield.

The Russian’s statistics were truly amazing. Four attempts on goals, all four on target and all four whizzing past Pepe Reina at a high rate of knots.

Arshavin’s success will go some way to rebuilding the reputation of the Nike Mercurial Vapor Superfly which have still to be re-released after Nike delayed general sale due to ripping problems.

As it happens, Arshavin was a peripheral figure in the first half but that didn’t stop him giving the Gunners the lead 9 minutes before the break.

Fernando Torres and Yossi Benayoun (both Nike) then scored twice in quick time to give Liverpool the lead after the interval only for Arshavin to regain the advantage for the visitors with 2 goals in 3 minutes. Following Alvaro Arbeloa’s hesitation he flashed a finish past Reina and then scored from close range after Fabio Aurelio’s poor clearance.

Torres levelled it up at 3 – 3 with a sweetly taken goal from the edge of the area before Arshavin popped up again to lash a left foot drive past the static Liverpool goalkeeper. Liverpool though claimed a richly deserved point when Benayoun scored his second in stoppage time.

Need a reminder? Watch the'  highlights in our video player on the left. 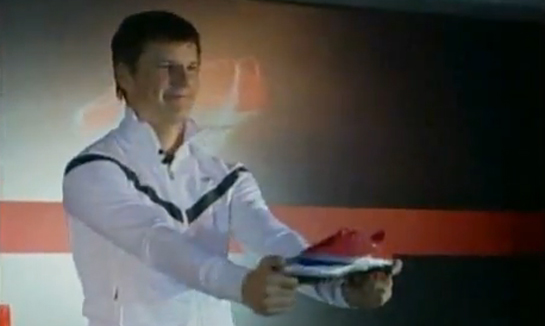 Written By
Felipe
More from Felipe
Ashley Cole’s agent, Jonathan Barnett has been fined £100,000 and suspended for...
Read More