Arsenal’s Belgian Defender Thomas Vermaelen got football boots fans talking this weekend as he opted to wear Nike boots against Wigan this weekend. 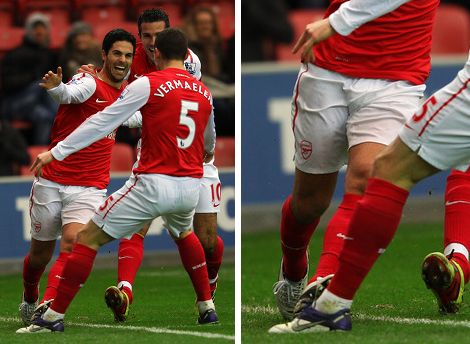 The former Ajax man has been an adidas Predator man since joining the Gunners in 2009, starting out life in the Premier League wearing the adidas Predator_X.

Since then, the Belgian international has carved out a name for himself as one of the best centre-backs in the English top-flight, with a happy knack of scoring terrific goals from the toe of his adiPower Predators.

It was certainly something of a surprise, then, when the 26-year-old turned out at the DW Stadium on Saturday in the Nike CTR360 II. 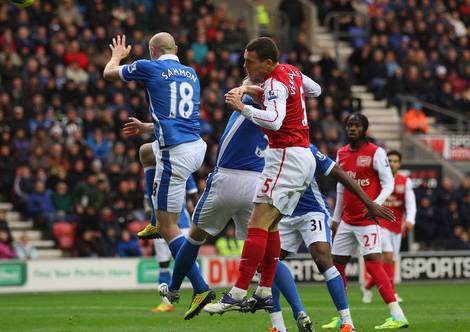 Opting for the White/Imperial Purple colourway that was revealed in October, it is unknown at this point whether the stopper has officially made the switch to the swoosh of Nike.

Given how close it is to the end of the calendar year, it certainly is likely that Vermaelen is testing out boots ahead of signing on the line for a brand some time soon, but as it has only been one game it is also likely that the ‘control’ football boots were provided by the Arsenal kit man to help the defender cope with the tricky wet pitch.

Needless to say, we’ll be keeping an eye on Vermaelen over the next few weeks, to see what his football boots of choice are!

Do you think a move to Nike would be a good one for Vermaelen?