There’s been an exciting influx of new blood in the football boots world world recently, with the likes of Concave and Pantofola D’Oro making their Premier League debuts in the last 18 months with Players like John O’Shea and Damien Duff.

But the Bikkembergs brand has been around for a few years now, and surprisingly not found it’s way into England’s domestic league.

However, with the signing of France international Sebastien Squillaci, Arsenal could have inadvertently brought Bikkembergs onto UK soil!

The Belgian fashion brand has something of a cult following on the continent, with a small handful of players wearing them. But the contingent of players in boots like the Tirosegno & Capitano is so small, that Squillaci was the only player to wear the boots at the 2010 FIFA World Cup. 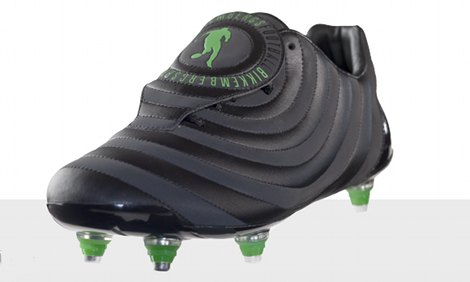 However, it’s our understanding that Squillaci isn’t on a full contract with Bikkembergs and it’s uncertain whether he’ll stay in his black and green Tirosegno‘s, or whether he might be swayed to a bigger brand upon arrival to the Premier League.

Squillaci arrives on the back of a two-year spell at Sevilla, where he made 49 appearances and scored once.

The French Centre-half played his part in a 4-3 win over a strong Rovers reserve side, and seems to have moved away from the Tirosegno football boots, for the time being at least.