With the season drawing to a close, it’s time once again for a barrage of hot-off-the-press football shirts (can football shirts even come off a press?). Following on from the likes of Chelsea, Norwich and Swansea, it’s the turn of the Gunners as Nike lift the lid on the Arsenal Home Shirt – 2012 / 2013. 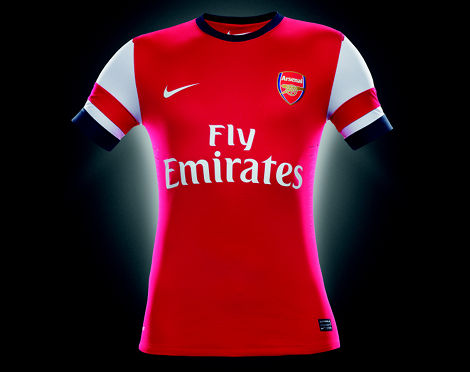 The standout feature in the new Arsenal Home Shirt – 2012 / 2013' is the blue (obsidian) details on the shirt sleeves,' neckline and socks which give the kit a contemporary and fresh feel.

These details' complement the clean and refined look that has characterised Arsenal home kits for' decades, a look that is instantly recognisable by the shirt's block red body and white sleeves.

As per tradition, the new shorts are pure white. 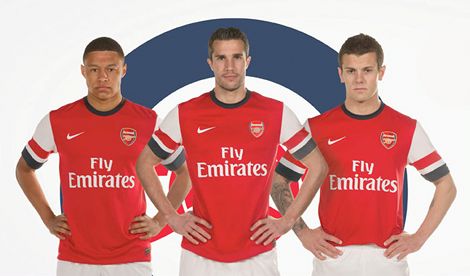 The origins of the blue (obsidian) design features lie in Herbert Chapman's innovative' approach to the game. Arsenal manager between 1925 and 1934, Chapman led the Club' to three league titles and an FA cup victory.

He was a modernising tactician, advocated the' use of numbered shirts and white balls, and also made significant changes to the Club's' kit for the 1933-34 season.

White sleeves were added to the previously all-red shirt and' hoops were also introduced to the socks. The rationale behind these innovations was that' Chapman wanted to maximise player visibility, making it easier for his players to pick each' other out on the field of play. 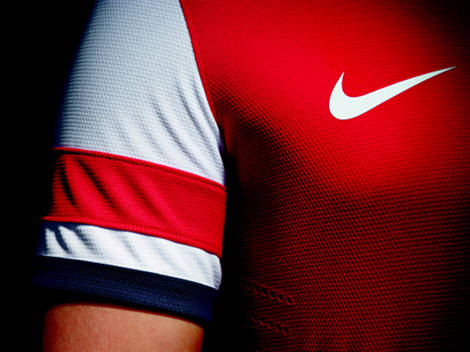 This season's blue (obsidian) hoops which have been integrated into the socks, shirt sleeves' and neckline for 2012/13 are an homage to Chapman's influence on the Club. Whilst a nod' to Arsenal's history, this design features also lends the kit a modern, adventurous and bold' feel, all qualities which Arsenal's current crop of young talent epitomise.

Further heritage details in the shirt include the outer back neck graphic which references' the WM formation that Chapman pioneered so successfully, as well as the inner back' graphic which reads Ĺ›Victoria, Concordia, CrescitĹĄ. This has been Arsenal's motto since 1948' and translates as Ĺ›Victory through harmonyĹĄ. 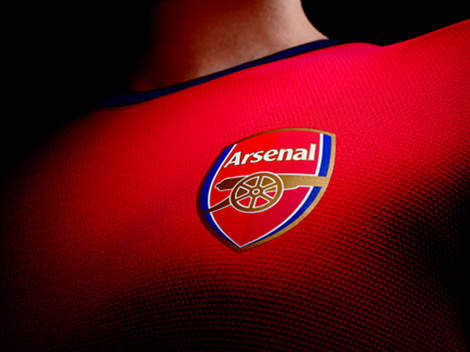 Arsenal's Theo Walcott commented: Ĺ›The players always get excited about trying on kits for' the first time, and this one doesn't disappoint. Arsenal is a club with an incredible history' and to see this recognised in such a classy and modern kit is brilliant.ĹĄ

Alex Oxlade-Chamberlain added: “I think this kit is really nice ” it is a little bit different. ' The blue has been on the home kit before but maybe not for a few years. ' It's quite a historic element to the kit if you look back to the 30s and part of the Club crest so it is nice to have it back.”

As with Nike’s Euro 2012 kit line-up, the Arsenal Home Shirt – 2012 / 2013' continues the Nike Better World' philosophy, with each kit being made of 13 recycled plastic bottles, whilst also employing a double-knit construction that is lighter, stronger and more breathable than previous kits.

Thanks to Mayur K and Danny B for posting images up on our Facebook page!

Written By
Ramsay
More from Ramsay
Take a look back at some of Rooney's key moments and some...
Read More