PUMA launched the 2015-2016in Singapore during a staged event whilst the Arsenal squad were on pre-season tour. 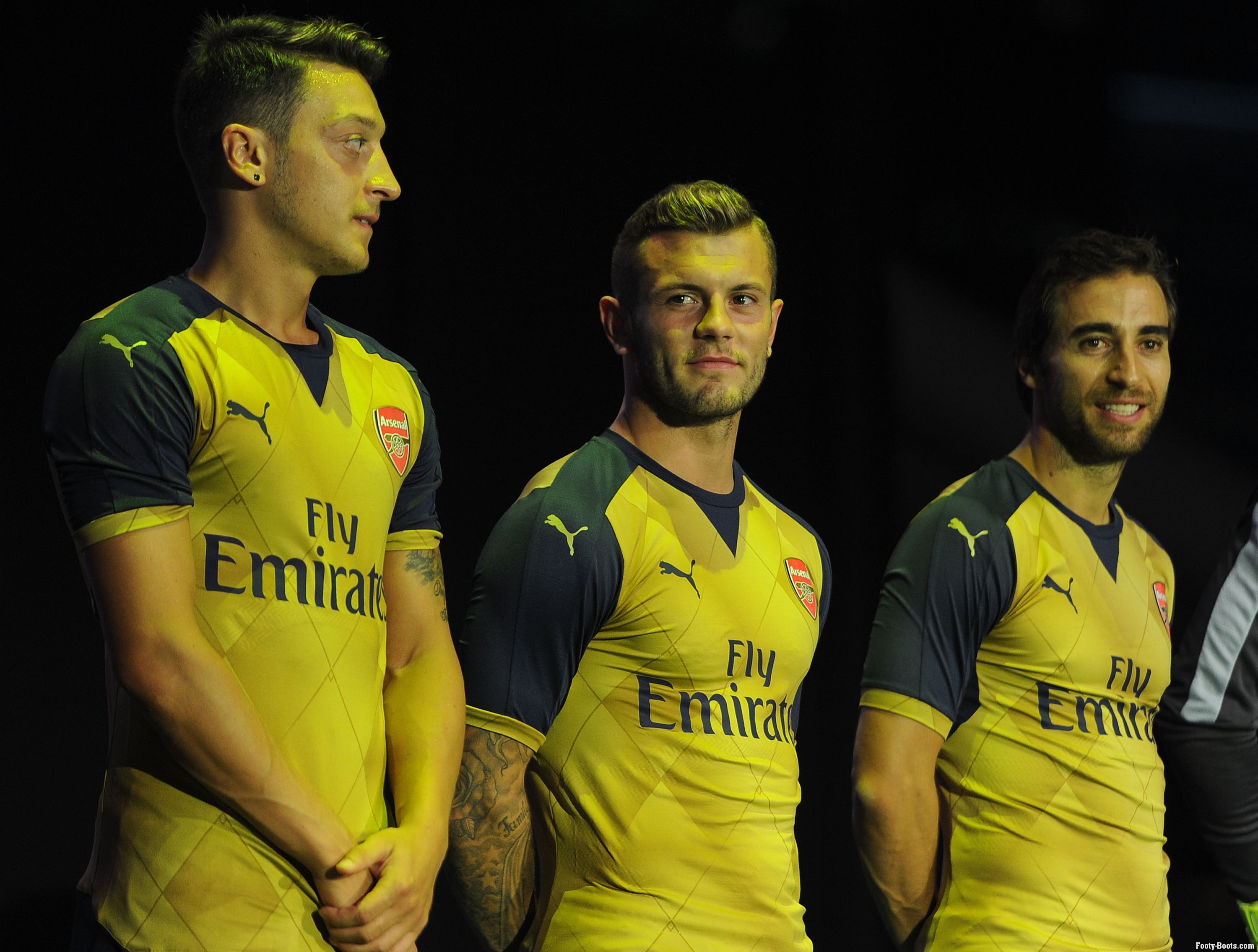 The new Arsenal away kit for 2015-2016 celebrates the club’s former kits’ bold geometric patterns with an Art Deco ‘A’ which is inspired by Arsenal’s past.

Puma say “It’s unafraid to stand out, to play the game its own way, the Arsenal way. It always strives to be victorious, to celebrate, to sing, to knee slide. It is never, ever far from home.” 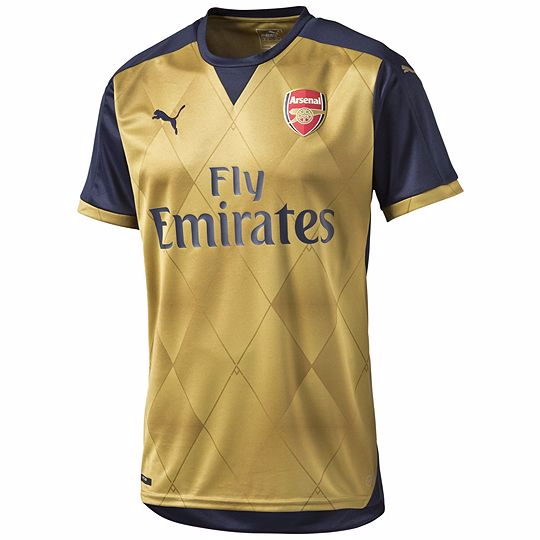 Officially coloured; black iris / victory gold the shirt has a diamond pattern around the front and back with navy blue trim to accompany the solid ‘victory gold’ shirt. 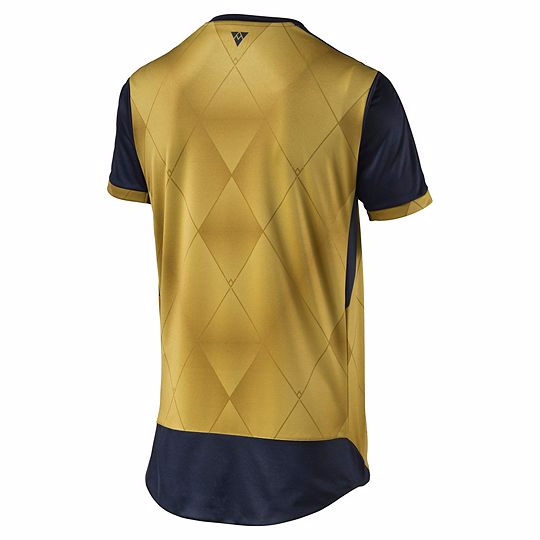 Blue shorts and socks complete the outfield kit, whilst the goalkeeper’s kit is a darker offering, with two horizontal gold strikes across the top half of the shirt.

A pretty safe, but decent looking away shirt. The colours should go down well with the fans who are keen on yellow and blue. Up close the pattern is not quite as vivid as the photo’s would suggest.

Written By
Ramsay
More from Ramsay
Celebrating the 20th anniversary of the club’s glorious double-winning season, the Atlético...
Read More