The Gunners revealed there new third kit overlooking the scenery of Sydney, with PUMA creating a stunning dark colourway.

The North London team revealed their new third kit to the world last night, whilst basking in the stunning scenery of Sydney, lucky things. Players such as Petr Cech, Nacho Monreal, Mesut Ozil and new signing Alexandre Lacazette, were among those at the event. 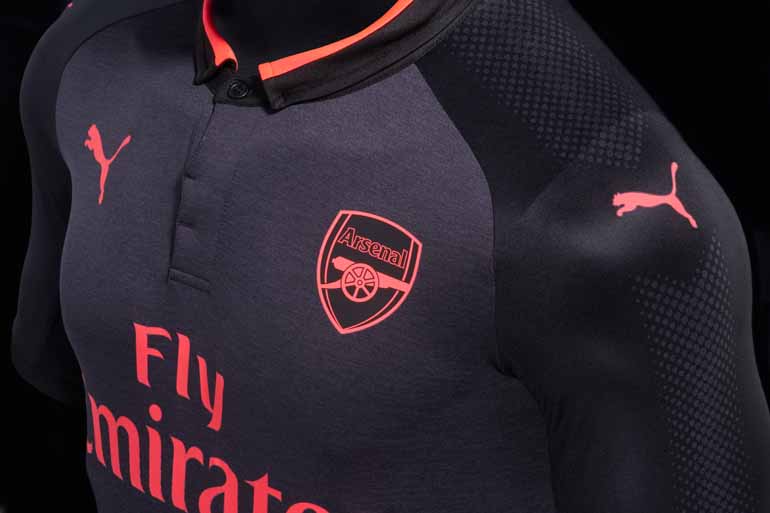 A smart buttoned collar is featured on the new design, which replaces the equally smart rounded collar of old. What I like most about this kit is the small but effective detail. The dark grey gives it that menacing look, whilst the pink adds the right amount of highlights on the clubs badge, PUMA logo and collar. The Arsenal canon sits nicely at the nape of the neck in pink, celebrating 50 years of the cannon being featured on home shirts. 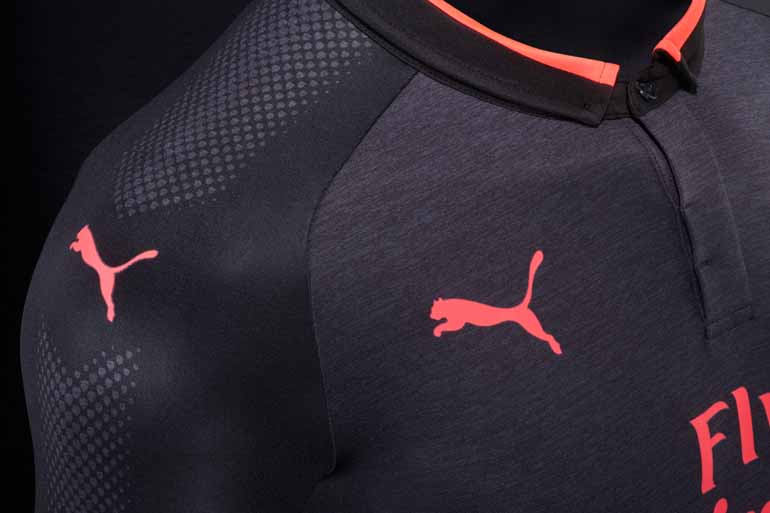 The detail doesn’t stop there. It took me a while to notice but if you look closely, you’ll see tiny, miniature Arsenal crests running the length of the shoulders to the cuffs of the sleeves. The two tone grey gives this kit a nice lifestyle feel to it, which we is perfect if you are the kind of person who likes to show your clubs colours away from the pitch. It’s not just all fancy colours and detail, PUMA have crammed this kit full of the performance technology. 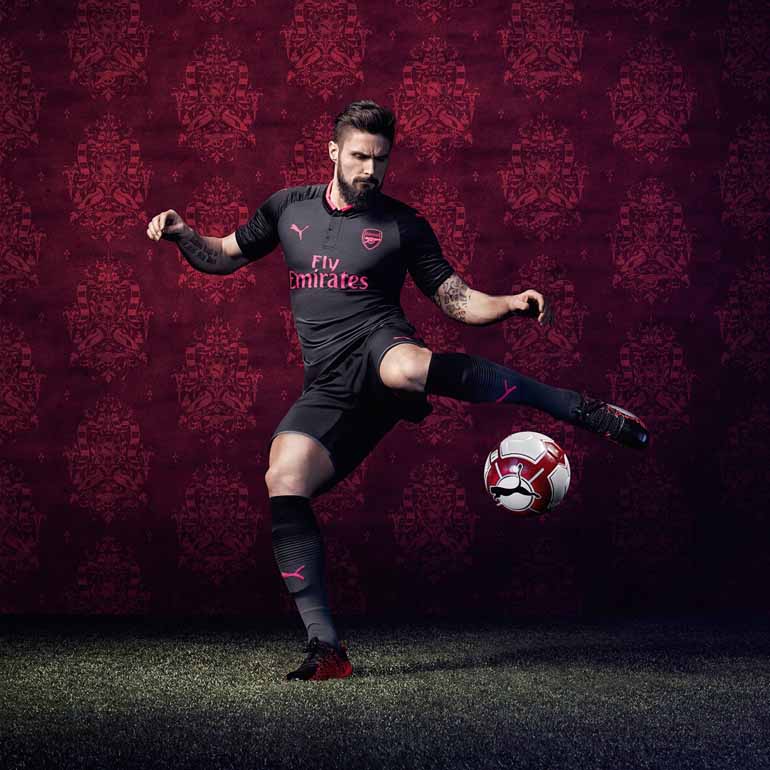 The shirt features ACTV Thermo-R performance technology, which is designed to maintain an optimum body temperature, with the inner athletic tape gives the shirt their fitted appearance. This also supports the active muscles used during a game, via a process called micro-massage. See, I told you it was technical. All in all, this kit is a great release form both PUMA and Arsenal and will no doubt go down well with fans worldwide.