If you’re throwing a big birthday party, you probably wouldn’t want to turn down the offer of a help planning the shindig from Nike.

I mean, their track record of doing stuff that’s just downright awesome is outstanding. Plus, you can’t right off the fact they’ll do something mental either, like that one advert with Tiger Woods’ recently-departed dad, or sign up dog-lover and all-around NFL nice guy, Michael Vick.

And Nike’s reputation is only going to be enhanced by the month-long celebration they have in store for Arsenal FC and the club’s 125th anniversary.

Through these Arsenal mavericks the film, titled, Forever Forward„reveals the passion, forward”thinking philosophy, style and belief in youth that the North London club inspires.

Forever Forward„presents an untold insight from these Gunners on their connection to the club, their hopes for the future of Arsenal FC and along the way, each fan delivers a personal pledge to the club that preoccupies their hearts and minds. 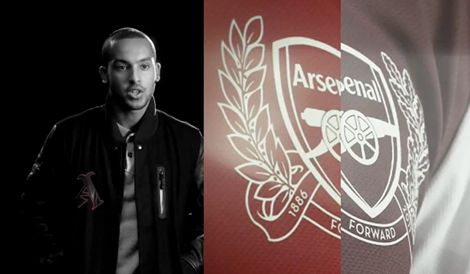 As if that’s not enough, Nike's 1948 space in Shoreditch is dedicated to celebrating the club's 125 year history. Visitors to 1948 can enjoy live game screenings and events, take in club memorabilia and purchase one of the 125 limited edition Arsenal 125 NSW Destroyer jackets and super exclusive (25 pairs only) Arsenal Air Max 1 Hyperfuse footwear with 22K Gold dubraes and probably the New Arsenal Home Kit, too!

1948 will be hosting a fortnight of forward-thinking music with 2 Grass Roots„BBQ sessions on Wednesday 24 and Tuesday 30. The first one on Wednesday 24 will be hosted by lifelong Arsenal fan and progressive Radio 1 DJ Benji B and headlined by former Arsenal Youth Team player & Dubtep ninja Benga.

Even if you’re not up for a late one, there’s probably few better places in London than 1948 to catch the start of the season – so why not pop in and say ‘hi’?

Written By
Ramsay
More from Ramsay
Umbro get ready to release the new England Away Shirt in blue...
Read More