Nike & Arsenal FC have today unveiled a brand new Home kit for next year to mark the club’s 125th year, and boy, does it look special! 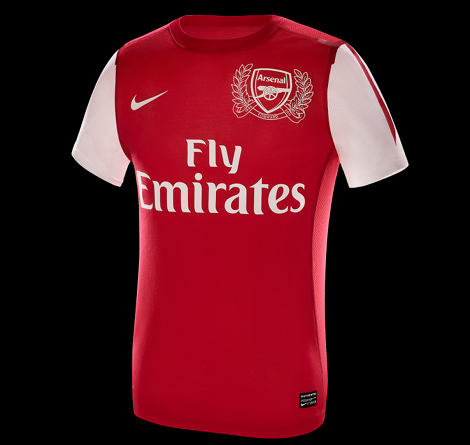 Nike have worked closely with Arsenal FC to come up with a Kit that is environmentally friendly, technically advanced and honours the illustrious Arsenal history with some top notch design.

At the heart of the new Arsenal 125th Anniversary Home Kit lies a brand new bespoke crest that encapsulates the most heartfelt memoirs of the founding of the north-London club, and surrounds the modern Arsenal crest. 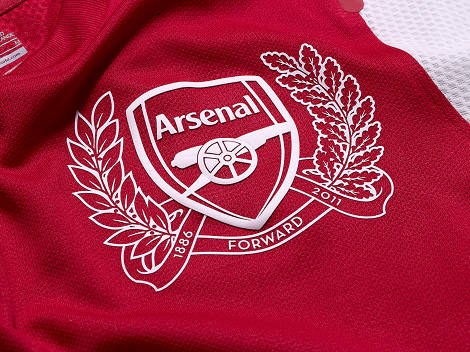 The celebratory design features 15 laurel leaves to the left side of the Club’s crest to reflect the detail on the reverse of the six pence pieces paid by 15 men to establish the Club Ĺ› the laurel leaves also represent strength.

The 15 oak leaves to the right of the crest acknowledge the founders who would meet in the local Royal Oak pub. Underneath the crest is one of the first recorded mottos related to the armament and battle – ‘Forward’ – with the anniversary dates of 1886 and 2011 either side of the heart of the shirt. 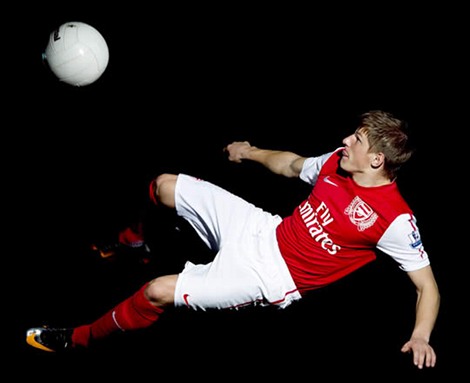 The classic design is inspired by the 1970˘ strips and boasts a clean, refined look with a block red body and white sleeves with red speed stripe detail. The shorts are white with a red stripe and the white socks carry the club˘ founding year 1886 on the back of the fabric.

On the back of the shirt below the neck reads ‹Ĺ›˘€žËArsenal˘€žË, while inside the front, on the back of the crest, is a graphic that reads ‹Ĺ›Victoria Concordia Crescit˘€žË, (‹Ĺ›Victory Through Harmony˘€žË), Arsenal˘ Latin motto, which was previously featured on earlier versions of their club crest between 1949 and 2002. 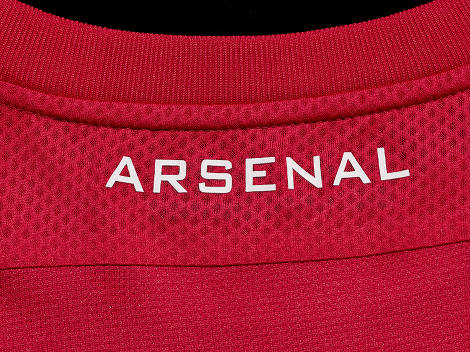 Nike introduced us to their considered design initiative with last year’s World Cup football shirts, however the new Arsenal 125th Anniversary Home Kit marks the first ever time that the initiative has been extended to the shorts as well, now each complete kit is made up of up to thirteen reclaimed plastic bottles!

Following on from Nike’s new France Home & Away Kits, the Arsenal 125th Anniversary Home Kit is also 13% lighter than last year’s kit, and actively regulate the players˘€žË body temperatures on the pitch to keep them dry and cool with using Nike’s Dri-FIT technology. 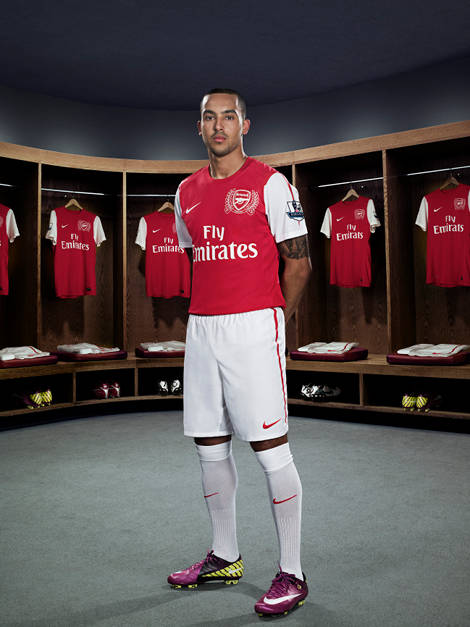 Temperature regulation is helped by ventilation zones, consisting of hundreds of tiny laser cut holes from the under arms to the waistband, allowing air to circulate to keep players dry, cool and comfortable.

For the first time the club crest on the front of the shirt is heat transferred, making it even lighter and crucially allowing this area to now be ventilated as well

The kit and extended line is available for pre-order right now and will be available in stores from June 9.

What do you think to the new Arsenal 125th Anniversary Home Kit?

Let us know in the comments, or click below to rate the kit on our shirt-o-meter!