Under Armour have been a touch brand to track since arriving on the football boots scene five years ago. Whilst the Dominate and Create Pro were solid boots – particularly the Dominate – the releases that have followed have often found it hard to find a foothold in the market.

Hoping to jumpstart the brand’s push into soccer, though is an exciting new release for Summer 2014 – the Clutchfit Force Pro.

Launching in this exceptionally flattering Electric Blue and High-Vis Yellow colourway, the Clutchfit Force aims to be a real workhorse for the Baltimore-based brand with an emphasis on fit, feel and the support that footballers demand over ninety minutes rather than labels like ‘power’ ‘speed’ or ‘heritage’.

And that’s a pretty lofty goal from Under Armour – despite boots like the Hydrastrike and Blur I and II missing the mark a little, Under Armour’s reputation for creating some of the most comfortable boots on the market have established the brand as having an ‘athlete-first’ mentality that has won a lot of support. 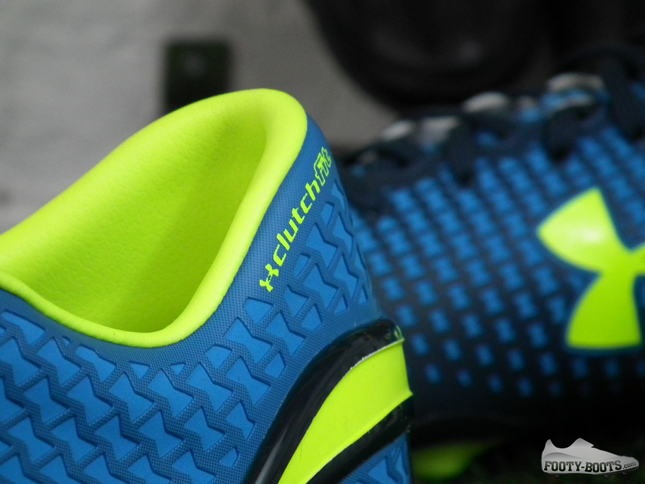 So, to say the the Clutchfit Force encapsulates all that in what Under Armour have labelled their best football boot to date is an exciting prospect.

Visually, we think this is a stunning boot that looks as good in hand as it does on-pitch or on a store shelf. We don’t think it would be unfair to say this is something that Under Armour’s boots have lacked that ‘shelf appeal’ in the past, with an array of unimaginative retail colourways confusingly put forward ahead of athlete-only custom boots that actually…looked nice. 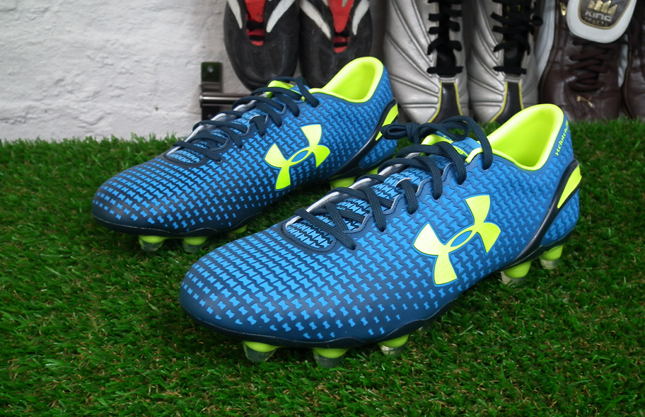 The upper aims to lock your foot into the boot using a two-way stretch Trivella microfibre that works with the centred lacing system to allow players to really pull their boots snug to their foot, for a more bespoke fit. This is complimented by the distinctive 3D-printed pattern, which is rubberised for another level of shape-retention and friction on the ball.

Inside the boot, you’ll find what continues to be one of the industry’s best footbeds; the Under Armour 4D Foam sock liner provides a rider that becomes more forgiving to the shape of your foot the more you play in it, giving the Clutchfit Force a truly customisable feel. 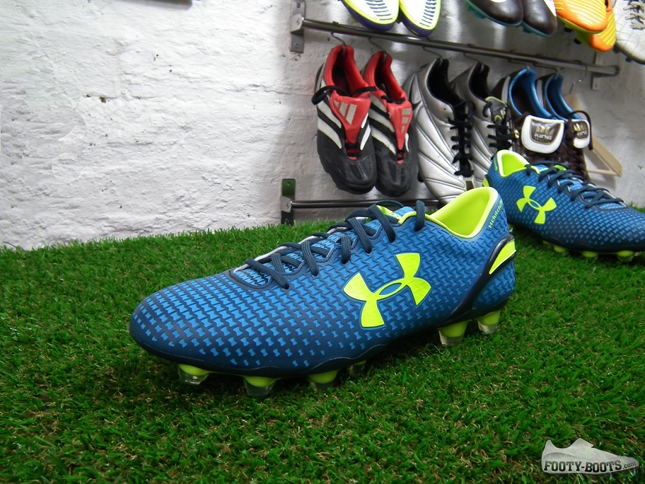 The soleplate also brings something we’ve not seen from Under Armour before, a new skeletal outsole that uses five distinct spines to work with the natural biomechanics of the foot. The plate has a surprising amount of ‘spring’ to it as well as upward flex, so seems full of promise from both a comfort and performance standpoint.

We’re ultimately really impressed by what Under Armour are bringing to the table with the Clutchfit Force; by avoiding trying to catch up to other brands with pigeonholed ‘positions’, they’ve instead freed themselves up to bring across tech from their running and American football shoes to create a boot will likely be at home anywhere on the pitch, and that’s a definite good thing.

Written By
Kyle Elliot
More from Kyle Elliot
Could Arsenal's Cazorla be the next star to sign up to wear...
Read More