adidas revealed the new Argentina Home shirt 2011 in Buenos Aries last night, ahead of the Albiceleste competing in the Copa America! 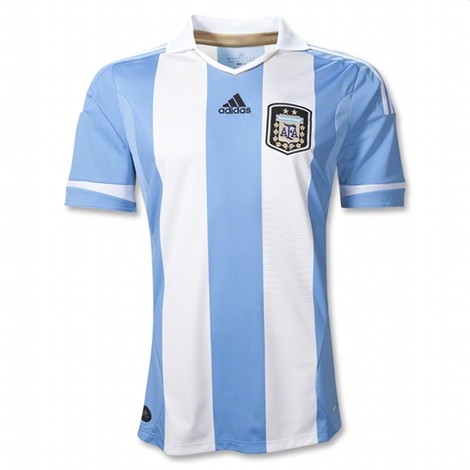 With the help of adidas’ top-star Lionel Messi and Argentine Football Association President Julio Humberto Grondona, adidas launched the latest in their historic line of Argentina home shirts over an interactive broadcast on the AFA’s Facebook page!

The new shirt has a few noticeable cosmetic differences to last year’s World Cup shirt – firstly the classic Sky Blue & White stripes are a touch wider than on the previous incarnation, giving the player the appearance of being a touch broader than last year. 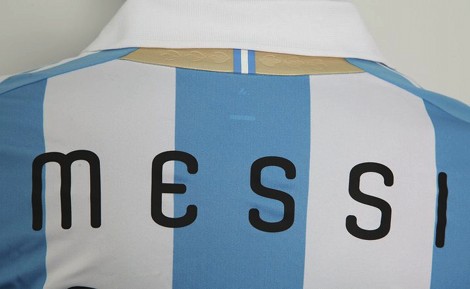 Another new touch from adidas on the Argentina Home shirt 2011 is the collar. After last year’s round-necked, TechFit effort we’ve got to say that the retro-inspired fold-over collar is particularly sharp looking!

Couple this lapel-esque collar with the wider stripes and fitted sleeves, we think the touch of gold on the collar definitely has an air of 70’s flair about it – definitely a throwback to the ‘Long Hair – Short Shorts – Sexy Football’ era of Argentine soccer!

Something that many fans might not be be able to put their finger on as being different is the return of black to the crest of the AFA on the Argentina Home shirt 2011! 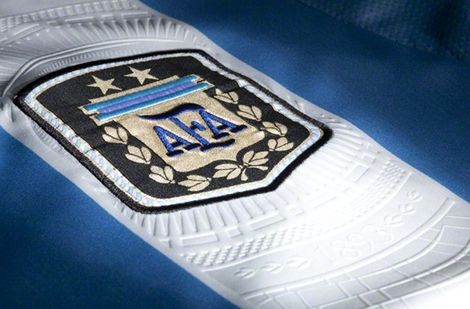 adidas have, for the most part, been happy to have the AFA crest sit on it’s own over the heart of the player – but this year the famous badge is nestled into a black background – matching the shorts and socks.

We reckon this design choice is adidas harking back to the early 2000’s when Reebok made Argentina’s home kits for the likes of Gabriel Batistuta – and surrounded the badge in a black shield. 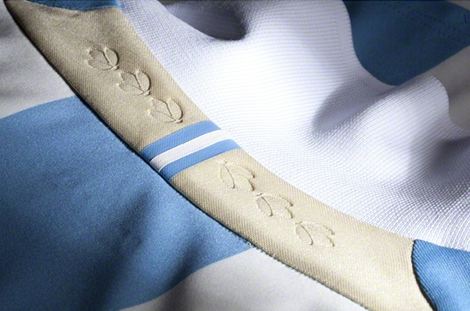 As for the technical specifications of this kit, all we know at the moment is it will incorporate adidas’ ClimaCool & Techfit technologies – with no word on a PowerWeb version from adidas yet!

What do you reckon to the shirt Messi, Tevez & Co. will be taking on the rest of South America in?

Do you think this template would look good on any other team?

Get loud in the comments!

Written By
Kyle Elliot
More from Kyle Elliot
Nike dial it back on the colour front and add a leather-like...
Read More