The single greatest thing about football is it’s ability to focus the energies of truly creative folk into a single event. Any given game can bring together players, tacticians, statisticians, artists, videographers and  – of course – photographers. 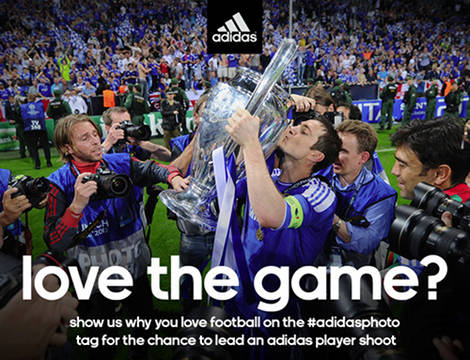 When players are creating magic on the pitch, photographers are there to capture it. From Champions League matches and World Cup finals to youth and amateur football, iconic images have been preserved by those on the other side of the lens.

Given the amount of time we put into making sure out review photos are of a , , , , barely-serviceable standard, we’ve got nothing but respect for the guys on the other side of the lens.

And from competitions we’ve run like the ‘Shoot Your Boots’ contest, we know there are some seriously talent folk out there in the Footy-Boots.com audience. 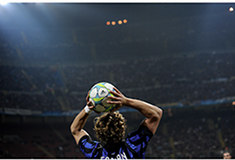 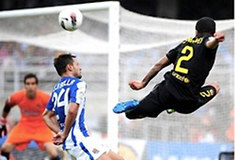 Which is why we’re helping to spread the word of a competition our friends at A Football Report are running, with help from adidas Football and Barcelona’s Dani Alves.

If you’re an aspiring football photojunkie, head over to Tumblr and tag a photo that represents your love of the game with #adidasphoto. And that’s it – you’ve entered!

adidas will be on the lookout for the photos that catch their eye, and from there a winner will be picked to be assigned to an adidas photoshoot in 2013 with a top player! Oh, and you’ll also get a shiny new DSLR to step up your game.

So, go out there and get snapping, uploading and hashtag-ing before December 17th to be in with a chance of winning!