When players with good scoring records move to the Premier League with a hefty price tag, expectations can be high and excuses made for ‘settling in’ and ‘needing time to adjust’.

Alvaro Negrado, however, has needed just eleven games to forge one of England’s most potent strike partnerships with Sergio Aguero and help himself to four goals (so far) to kick start his life in England.

We snapped up some time with the Blues new centre forward to see how he’s settling in to Manchester life, how he’s aiming to get a place in Brazil and – of course – what he thinks of playing in the new Samba pack F50 adiZero.

– You’re wearing the new style of adidas F50 adiZero today – what are your first impressions?

The first impression is obviously they’re very light! Heavier players like me tend to prefer a lighter boot to help us get around the pitch quicker.

The design is also nice – it suits me perfectly!

– Does your technique change at all when you get a new boot?'

The lighter the boot the more power you get, so that tends to be the main factor as boots keep getting lighter.

Also, this version is thinner too, so you get a greater sense of striking the ball on contact – it’s almost like playing with nothing on your feet.

Although I’m wearing the yellow version at the moment (Alvaro was modelling the most recent Electricity adiZero for a couple of photos), I’ll be wearing the blue ones from now on. I play for a team who wear blue shirts so for me, they couldn’t be better! 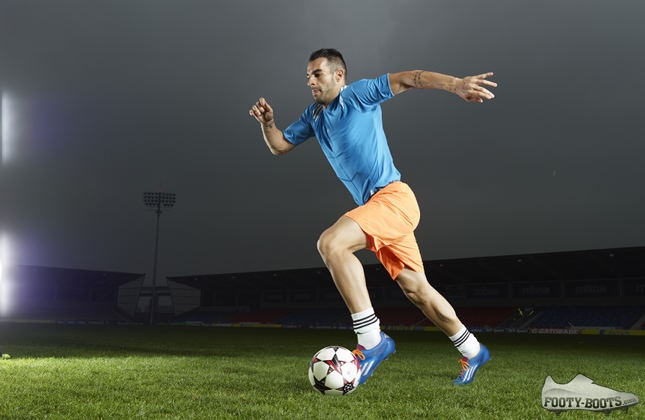 – Speaking of colour, do you have any good stories about coloured boots you’ve worn in the past?

I went to the local sports shop and bought a pair of white boots and when I came home my mum said ‘you had to go and take them back!’ because I would be a target for opposition defenders!

I was told I had to take them back as I would just get kicked all the time but we talked it through and eventually I won the argument and got to keep my white boots.

– Spain has produced so many quality players this generation – what can you do to make sure you’re on the plane to Rio in 2014?

The competition for places in the Spain squad is very high for attacking players. The most I can do is perform as well as I can over the coming months with Manchester City and hope that I can be there scoring goals for my country next summer.

– How have you found the move to England? Are you settling in well?

Yes, it’s going well. I’m having a very good time, thank you. My family have all come over here with me so they’re settling in well and that always helps.

I’ve had a lot of support from the team, too and I’ve been very happy in the few months I’ve been here 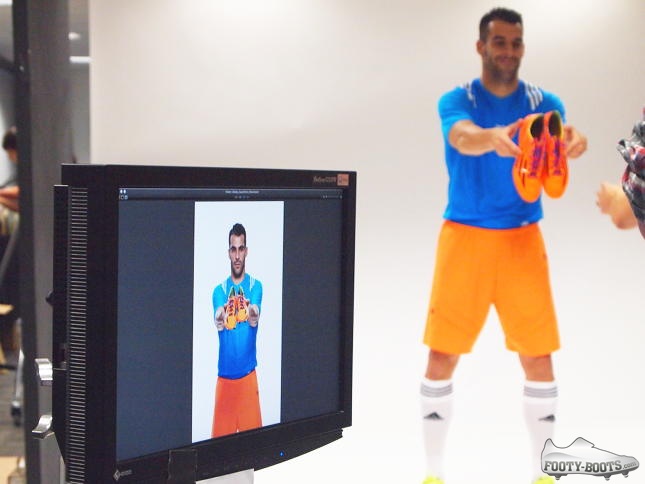 – How have you found the differences on the pitch between La Liga and the Premier League?

The pace of the game is different. In England it’s a lot more too-ing and fro-ing. In Spain, there’s more of an emphasis in prizing position. In England there’s a lot more tracking back, you must be willing to get up and down the field. [Manchester City] always want to keep hold of the ball, so when we have possession, it’s not that different – however, when the opposition have the ball, that’s when you can tell the difference.

– Having experienced you first Manchester Derby so early into your time in England, have you noticed a difference in the fans here?

The intensity of the game was huge. Although we controlled the game for long stages of the match Manchester United did have a few shots – we couldn’t let our guard down, because we have to be aware that they are such a big rival.

The fans were intense, really 10/10. They were a huge help on the field and I can’t thank them enough for all they did for us during the game, to help us win the match.

It was a game I really enjoyed and I hope to play in many more.

– Who are your World Cup heroes?

The Brazilian Ronaldo is a player who is completely different to any other player that played the game. His speed over the first 3-4 yards was absolutely incredible, his physique was superb.

In short, he’s everything I wanted to be in a centre forward.

– With so many internationals in the MCFC squad, who can you see having a great World Cup?

Kun Aguero will have a great World Cup. He’s in an excellent Argentina Squad with the likes of Leo Messi, and they will do well.

Joe Hart is an excellent keeper and a very important part of the England team should they want to do well.

And obviously I have to go with my Spanish team-mates David Silva and Jesus Navas, who are great players and I hope to be fighting for the trophy with Spain in the summer.

– Edin Dzeko is with us on set today, is he a rival to compete for places with or would you like to play up front with him?

In pre-season the two of us played a few games together, so we can definitely play alongside one another. Manchester City have some truly great players in the team and in the future I hope to play with all of them and establish good relationships and friendships with everyone in the team

Written By
Kyle Elliot
More from Kyle Elliot
If you're always slipping out of your cleats, don't worry - we've...
Read More