Two of Bayern Munich’s adidas stars took to training ahead of the German Champions’ clash with Manchester City tonight in some interested black-out football boots, yesterday.

Thomas Muller and Xabi Alonso have been spending their last couple of warm-up sessions switching out of two very interesting prototypes from the Three Stripes, who are currently enjoying a very successful launch period for the new Predator Instinct. 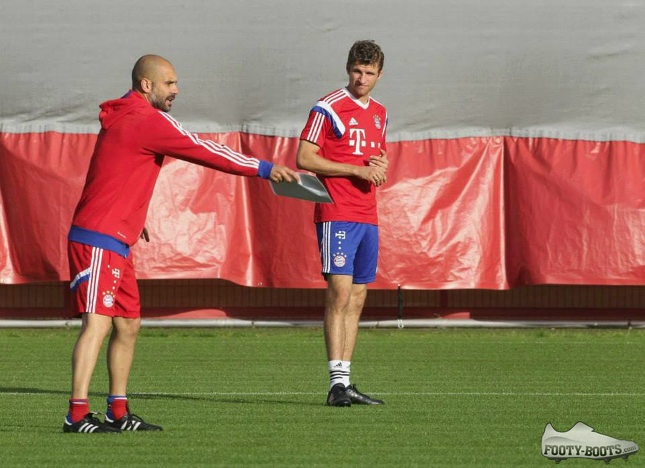 Muller donned a very slick pair of black-outs earlier this week. An f50 player currently, it could be an indication that a new adizero is not too far away.

It’s been almost a year since adidas launched the current-gen f50 alongside the Samba Pack in 2013 – this low-profile-looking boot could well be it’s replacement. 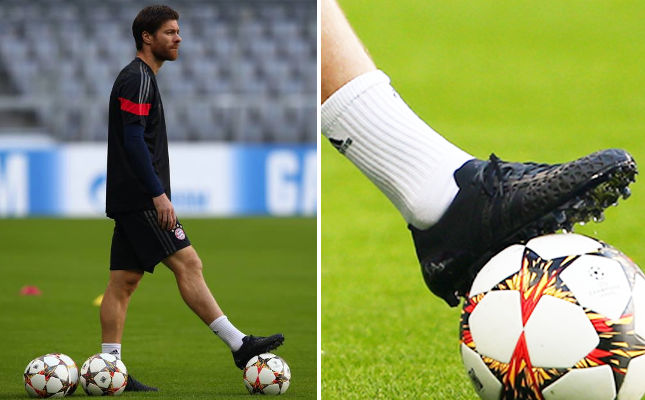 The former Real Madrid man has played in every adidas football boot on the market at the moment except the f50 – which basically leaves the options wide open for what this prospective new model could be.

The upper looks distinctively textured with some sort of composite; this could well be to enhance touch (a quality associated with the 11pro), energy return (which means this could be a new Nitrocharge) or even control and swerve (in which case this could be the next Predator we’re looking at).

That said, this prototype’s UX-1 or ClutchFit-esque all-over design is so unique, it could well be something else entirely.

What do you think of the adidas prototypes on show at FC Bayern Munich?

Written By
Kyle Elliot
More from Kyle Elliot
Nike revisit one of the all-time icons of the Mercurial range -...
Read More