As the biggest game in European Club football, UEFA have to make sure the venue they choose for the Champions League Final is befitting of such an occasion.

Having been held in some of the biggest stadia across the continent, the 2012 Final returns to Munich – where the Allianz Arena will await the two teams who triumph in the Semi’s.

Following on from London’s Wembley as one of the most modern stadiums to host the Champions League final, the Allianz Arena opened in 2005 and hosted 6 games in the 2006 World Cup finals – boasting an capacity of just under 70,000 (69, 901 to be precise), you can bet whichever teams make it to the final, the atmosphere will be unbelievable.

One of the most distinctive features of the €340m arena is the ‘cushions’ that surround the exterior, which contain over 1,000 illuminatable panels.

As the pictures above and below show, the team at the Arena have been testing out the illunations ahead of the final – and are ready for any possiblity! 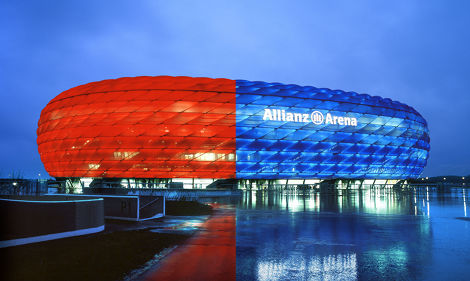 Normally home to Bayern Munich and TSV 1860 Munich, the Allianz Arena is designed to offer the players a serious level of comfort to get them in the right mindset for the game. 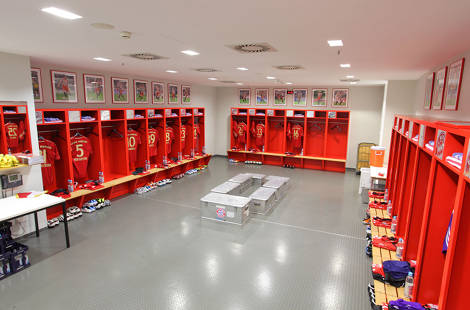 Having two ‘Home’ teams, the Arena boasts 4 fully-fledged changing rooms, with an additional pair of warm-up rooms that total over 220 square metres! 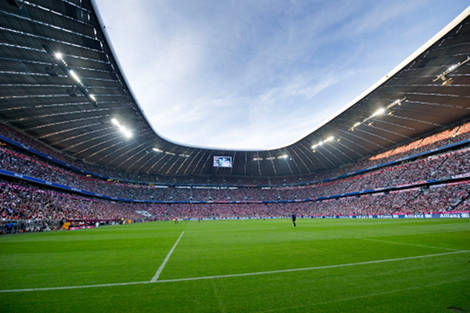 The pitch that will host either Barcelona, Bayern Munich, Chelsea or Real Madrid  is a total 68 m x 105 m – exactly the same as the Camp Nou, whilst slightly longer than Stamford Bridge and shorter than the Santiago Bernabeu – advantage to Bayern and Barca, then!

Which two teams do you think will make it through tonight’s Semi-Finals, and play at the Allianz Arena on May 19th?

Written By
Michael D
More from Michael D
Here it is, the all new Nike Mercurial Superfly V with an...
Read More