Now that Sergio Aguero has stopped providing transfer gossip columnists fodder by finally joining a Premier League team, it seems the plucky Argentine has decided to lead football boots-spotters on a merry chase instead by wearing his 5th different pair of cleats this summer. 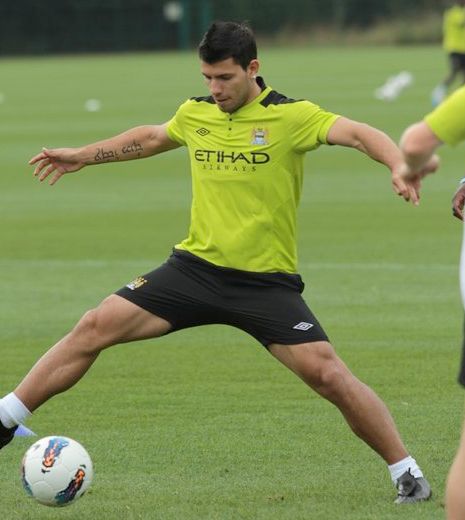 Having finished the season wearing Nike’s Superfly III, the Argentine caused a stir amongst the boot-spotting population by lighting up the Copa America in two pairs of adiPure IV’s – one blacked-out, the other branded.

Following his move to Manchester City, though, the former Atletico man seemed to settle back into Nike, playing out his first two training sessions in either Superfly III’s or Tiempo Legend IV’s – though it was later revealed that ill-fitting football boots blistered Aguero’s feet, causing him to sit out the Community Shield last weekend.

Ageuro did, however, take to the pitch at Wembley last Sunday, participating in the warm-up with his new team mates and simultaneously flummoxing football boots fans by donning a pair of Puma v1.11SL’s – a brand that previously hadn’t even slightly been in contention for Aguero’s signature. 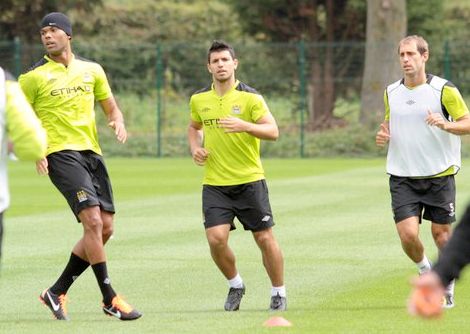 Bonus Spot: Jolean Lescott looks to be another Nike defender thinking about switching from Laser to Legend

Many suggested that Kun opted for the Puma v1.11SL’s as his feet recovered, given their highly comfortable design – especially for a speed boot – and that it was a one-off.

However, Aguero’s appearance in another, (slightly) different pair of Puma football boots could suggest he is being courted by the German brand – and they’re sounding out which cleats he’d be likely to wear if he were to sign on the dotted line.

An interesting note is that – to our eyes – it certainly looks like Kun Aguero is wearing the leather version of the Puma v1.11, which would certainly be an excellent fit for the City new-boy given his penchant for both leather and lightweight football boots.

There will be a huge amount of media and fan attention on Sergio Aguero on Monday night if he takes to the pitch against Swansea in the Citizens’ season-opener, so any of the brands currently interested in the 23-year-old will be keen to have a deal in place by then.

Do you think Puma could pull off an unlikely coup for the Striker and have him in the' Puma v1.11 by Monday night?

Or do can you see the Number 16 wearing blacked-out football boots for a little while yet?