Manchester United rising star Adnan Januzaj looks like he could be contemplating a switch to Warrior football boots after being spotted trialling a white-out pair of cleats in training with the Belgian National Team.

Making full use of the international break, Jazuzaj has spent the last two training sessions with the Belgium Red Devils wearing a white-out version of what we believe to be the Superheat.

Identifying the mystery white-out boot did take a little bit of effort, but the micro-adjustment cutaway in the tongue and layered stripes up the side did offer up some evidence these were the Superheat, rather than a prototype from Januzaj’s current sponsor, Nike. 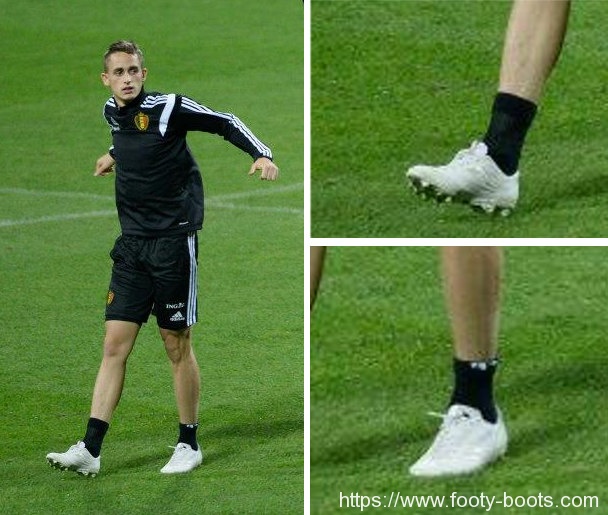 Signing the youngster would be a major coup for Warrior, with Januzaj tipped to become one of the world’s best in future seasons.

Does this mean [twitterShare]Januzaj is a lock to wear Warrior football boots[/twitterShare] from now on? 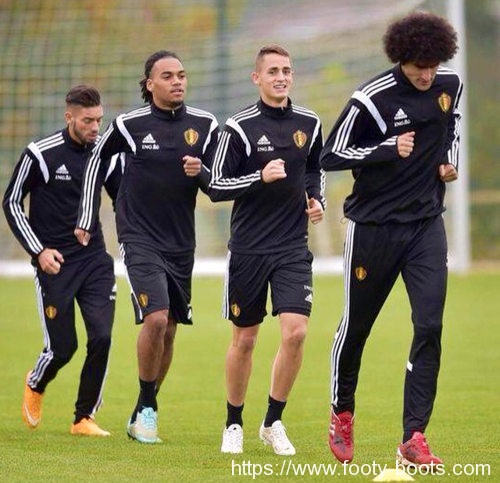 Not necessarily. Warrior have previously set their sights on Santi Cazorla, Samir Nasri and Alvaro Negrado – but have been foiled for a number of reasons.

And as a Nike athlete currently, Januzaj will likely be on a similar ‘first refusal’ deal to the one Mesut Ozil had before he became an adidas athlete – meaning the Swoosh will probably have the right to match any deal put on the table by Warrior before allowing Januzaj to move on.

Or does he have too much potential for Nike to let him leave?

Special thanks to DDChile for the spot.

Written By
Kyle Elliot
More from Kyle Elliot
Warrior take their Liverpool kits in a bold new direction with their...
Read More