adidas certainly haven’t opted for a ‘classic’ launch colourway for their new pride and joy – the adiZero Prime – as all of the schemes available come the 1st of February are seriously eye-catching! 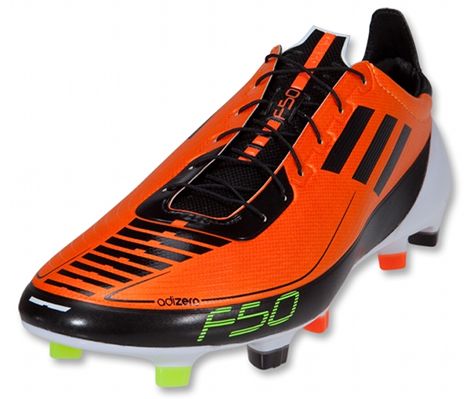 And can you blame them? The German Sports Giants have snatched back the title of World’s Lightest Football Boots, and it’s clear that they want to get people talking!

These Warning/Black/White adiZero Primes are the Perfect way to do just that, as they’re going to be easily spotted from miles away! 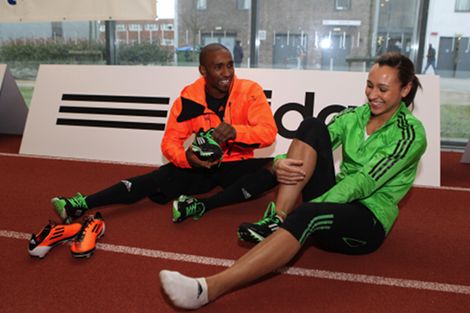 We think they look pretty smart – it’s been a little while since we’ve seen an Orange boot done well, it seemed that noone wanted to go near the colour after Nike’s Elite Series in the World Cup, and there’s no doubt that these cleats are seriously effective.

Whilst the new Black pattern across the toes does make these cleats look them look a little bit ‘Tiger Feet’,'  the flashy neon F50 branding on the new TPU band around the soleplate/upper divide seems to bring the whole boot together quite nicely. 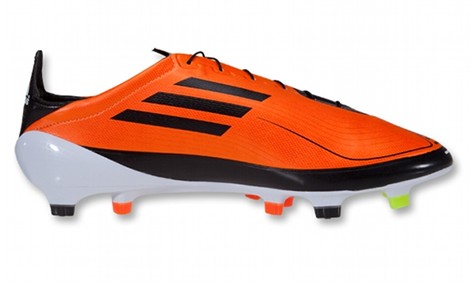 For those who’ve not been keeping up with the release, here’s all the details to bring you up to speed on the changes from the adiZero to the adiZero Prime:

The adiZero Prime re-instates adidas as manufacturers of the worlds lightest football boots, tipping the scales at a unfathomable 145g, knocking a whole 20g per boot off the original adiZero. 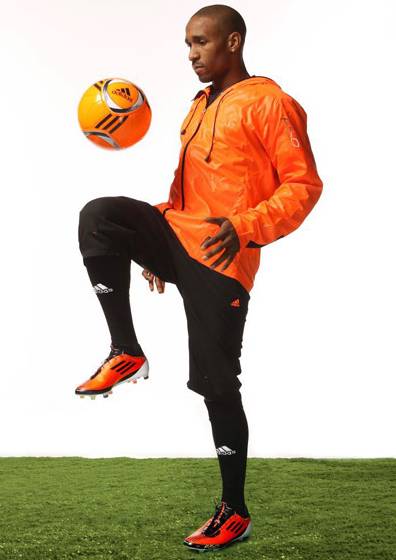 Secondly is a the reason behind this weight-drop; the new upper. Dubbed the adiTwin Light, this newly designed material is exclusive to the adiZero Prime (sorry Leather fans, no option here!) and is once again a single-layer synthetic for optimum comfort, ball feel and, of course, weight-reduction.

adidas tell us that Pre-Orders will begin early January for the new adiZero Prime, after it’s reveal this weekend and the Prime version of their new football boots will see players having to pay £260/$400 for the privilege!

Expect to then start to see players in the Primes throughout January 2011, building up to a February 1st launch date Worldwide for both this Warning/Black/White and the Black/White/Electricity colourways.

What do you think to this colourway? Which of the adiZero Prime launch colours do you prefer?