It’s always exciting when adidas get one of their new football boots into the mi adidas service – whilst plenty of people go on to buy some sweet custom cleats, for those of us without cash to spend, it’s still good fun to play around with the colours. 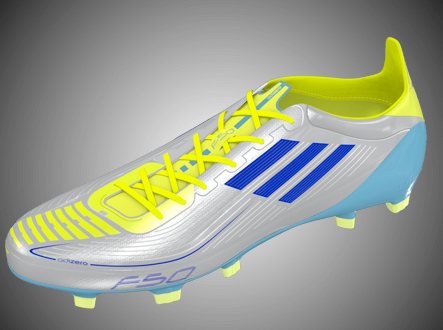 Disappointing, then, that adidas have put the new adiZero on their customisation service in a somewhat… unfinished state.

Whilst the default Chrome/Collegiate Royal/Electricity colourway is certainly a looker – and maybe something that adidas should consider for the adiZero Prime in the future – it is, in fact, the only colours available to adidas record-breaking speed football boots!

Whilst players can add embroidery and flags to their heart’s content, it’s impossible to actually change any of the colours on the boot! 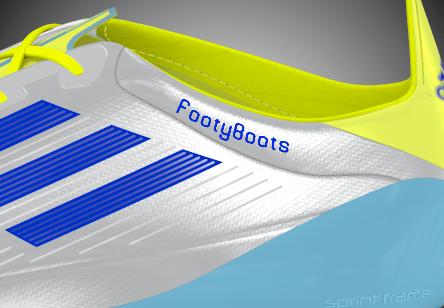 One thing that players can control, however, is the soleplate of the boot; with adidas offering up a not-at-retail Hard Ground soleplate, for those who ply their trade on sun-baked pitches or, presumably, more modern artificial turfs.

The key differences seem to see the torsion grooves in the soleplate extending all the way to the heel, in a much deeper channel – presumably to more effectively distrubute pressure as there’s no give in the floor – and wider, flatter studs, which, again provide a bigger, more effective surface area to spread a player’s weight in addition to extra forefoot and medial studs.

HG on the left, FG on the right.

It’s nice to see that adidas have given some real thought to the HG soleplate, and we wouldn’t be surprised to see some professionals requesting it on their football boots before too long.

Stay tuned to Footy-Boots.com and we’ll let you know as soon as the new adiZero becomes fully customisable on mi adidas!

Written By
Kyle Elliot
More from Kyle Elliot
Take a glimpse at some of the testing that the new Premier...
Read More