After spying these bold green boots on the feet of some Premier League stars this weekend, adidas have been quick to reveal the Intense Green adiZero! 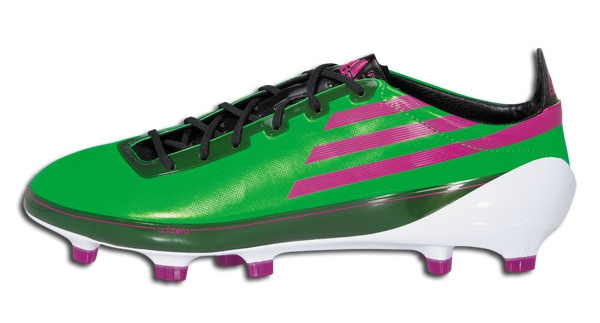 These adiZeros are probably the craziest colourway yet for adidas’ 165g wunder-boots, and they’re definitely going to split opinion like never before!

Adidas call the main colour of these adiZeros ‘Intense Green’, but we’ve seen some of the football boots forums already dubbing them the ‘Watermelon adiZero’ and we can’t help but agree – there’s definitely something about this colourway that’s reminiscent of a fruit, and we’re not sure you can take them seriously enough to call the ‘Intense’! 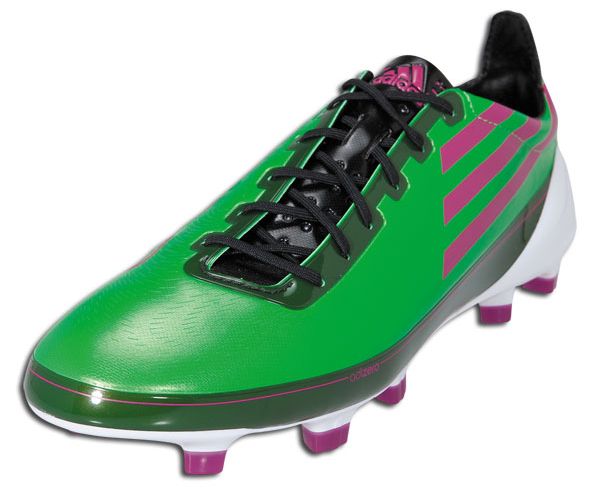 We’re guessing that the other aspect of their ‘Watermelon’ nickname comes from the Pink detailing across the boot, including the 3 Stripes across the ankle, the ‘adidas’ and ‘F50’ branding on the boot and, most crucially, the transparent Pink studs, which are a killer contrast to the black of the tongue and white of the sole.

We reckon that while the Intense Green/Pink/Black adiZero might not be to everyone’s taste, we’re going to be seeing a lot of professional footballers ‘going green’ over the coming weeks in this excellently audacious pair of football boots – especially with an international break coming up – this boot is a great match for the players keen to match the boot to their country’s green kit, with the likes of Cameroon, the Ivory Coast, Northern Ireland and the Republic of Ireland coming to mind immediately. 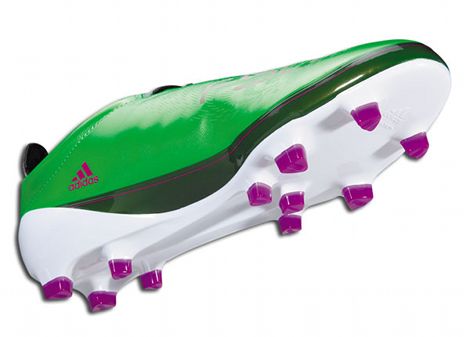 If you’re keen to get your hands on these football boots then you can pre-order them from today, and they’ll be shipping on the 1st of December with an RRP of £124.99/$220US.