One of the single most interesting tid-bits of information we gleaned from our interview with adidas’ Product Development guru Aubrey Dolan was that adidas begin testing for their next big football boots pretty much as soon as the current ones hit the shelves – and it looks like they’re at it again! 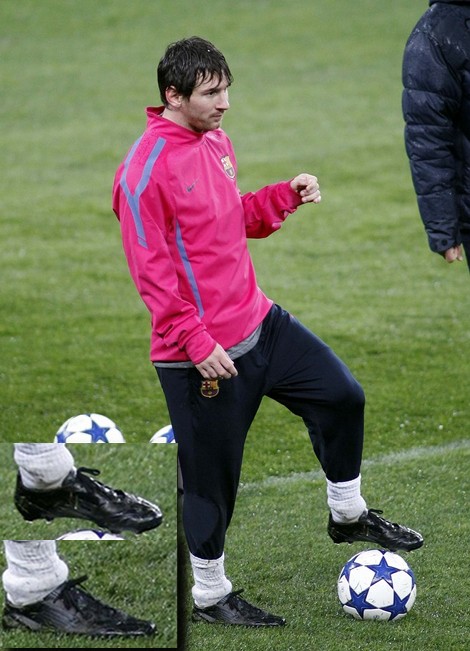 On a rainy pitch in the Ukraine, Lionel Messi has been testing a blacked-out pair of what we believe to be the ‘proper’ follow-up to the adiZero – the adiZero II.

Following the ‘design update’ that landed in February (which, confusingly, many people refer to as the adiZero II) and the launch of the infeasibly-light adiZero Prime, many fans have pondered adidas’ next move in the world of lightweight football boots; with some even suggesting that the 145g adiZero Prime is the lightest a boot can safely be.

With the adiZero II on show here, it would seem that adidas are making some efforts to outdo themselves by developing a new lightweight football boot, but unfortunately we don’t know just how light it will be until launch day hits. That said, we’d have to speculate that the adiZero II would have to drop at least 10 grammes to 155g, to bring it in line with the Puma v1.10SL and make the update worthwhile. 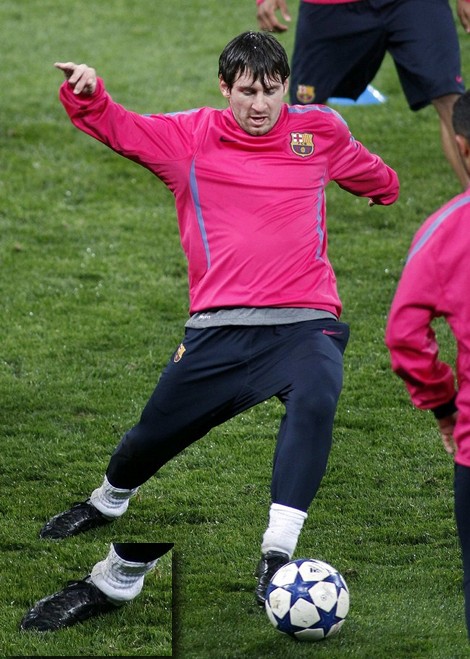 Looking at the adiZero II prototypes that Messi is wearing here, thanks to the black-out colourway, there’s no detail on show – but we are able to take a few details about the overall technology of these football boots away from these photos:

Redesigned Upper – One thing that really differentiates the adiZero from these adiZero II‘s is the shape of the upper. The adiZero II‘s look to be a little bit sleeker, with a more drastic slant on the toe, rather than the slightly ‘boxy’ adiZero shape.

Two-Material design – Whilst the slick and shiny appearance of these adiZero II black-outs seems to suggest that these are a synthetic version of the boot, looking closely at the toe of these football boots, it certainly looks like there’s a divide across the toes where two types of material meet.

Whether this is simply because these are the leather version (which we all know Messi prefers) or because adidas have two types of synthetic working together in the upper to reduce weight remains to be seen. 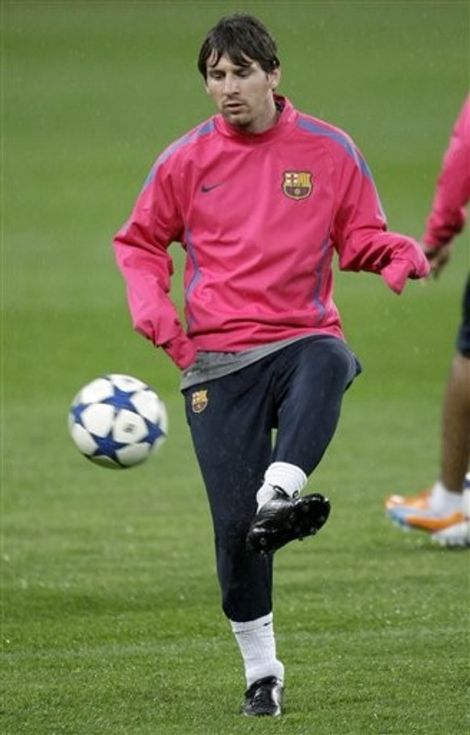 Sprintframe II – One thing that seems strikingly similar about this design is the shape of the Sprintframe curving up the side of the adiZero II. However, looking at the stud configuration, it definitely seems some tweaks have been made, with the inner heel studs being moved closer to the middle of the boot.

Lacing System'  – Something that’s causing a bit of debate in the Footy-Boots.com offices is whether these adiZero II prototypes bring a more centralised lacing-system to the F50 range. Whilst some are pointing out that the laces now look to be running in a straight line down the ‘throat’ of the boot, others are saying that the laces on the adiZero were never as ‘side-offset’ as some other football boots anyway.

So, whilst it seems that adidas are busy beavering away on the new adiZero II, we wouldn’t expect to see them any time in 2011. These are definitely the first time we’ve seen a pair ‘in the wild’, and given that adidas like to put months and months of testing into their football boots, we anticipate that the adiZero II may well be as far as 10 months away from release.

Thanks to Simon T and DDChile for emailing this awesome spot in to us!