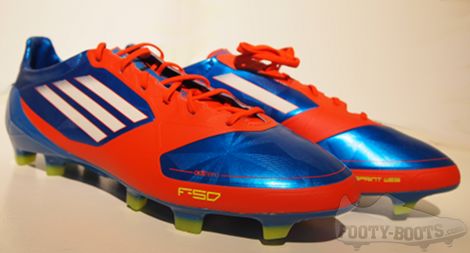 Building upon the critical-acclaim of the original adiZero, the latest version’s key addition is miCoach compatibility. 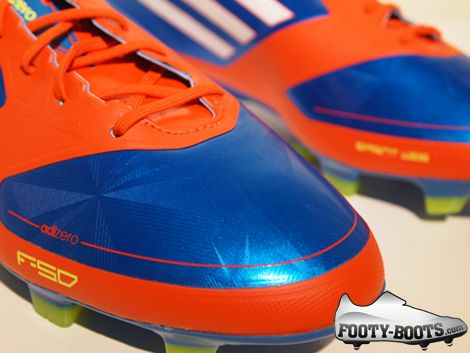 In addition to the ultra-lightweight construction and incredible performance, a cavity in the sole houses the Speed_Cell; which allows the adiZero to track a players movements on a the pitch and provide statistics after the match via adidas’ miCoach platform.

Other features include a SprintSkin upper for optimal ball feel and a TPU support band that improves both durability and lateral stability.

The' F50 adiZero miCoach'  – Prime Blue / High Energy will also be available with a leather upper.

The' F50 adiZero miCoach'  – Prime Blue / High Energy will soon be hitting pitches on the feet of Leo Messi, Gareth Bale, David Silva and many more as we head into the second half of the footballing season – and it’s safe to say these football boots will be hard to miss! 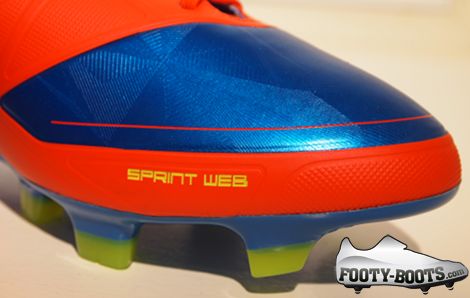 The bold High Energy Red and metallic Prime Blue offer up a contrast that we think is very easy on the eye! Best adiZero colourway yet? We think so!

Expect to see them hitting the pitch from this weekend, with the boot landing on store shelves from February 1st 2012 – retailing for for around £150 / $200

Written By
Kyle Elliot
More from Kyle Elliot
The Socceroos take one step closer to Brazil 2014 in their stunning...
Read More