As if to say – “Don’t worry, we’ve not forgotten you!” adidas have launched a new colourway exclusive to the adiZero in the wake of the launch of the adiZero Prime! 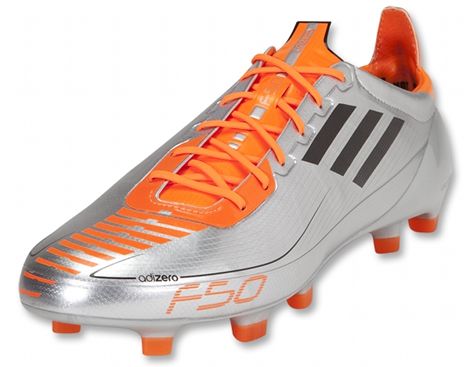 Definitely an exciting pair of football boots to look at, these are exactly the adiZero we’ve come to know and love, but with the new upper design of the adiZero Prime.

There’s been a couple of misconceptions over this colourway already, but we’ve got the inside track from adidas to set the record straight. Firstly these are completely exclusive to the ‘standard’ F50, with no plans to have an adiZero Prime in this colourway, despite it’s looks. 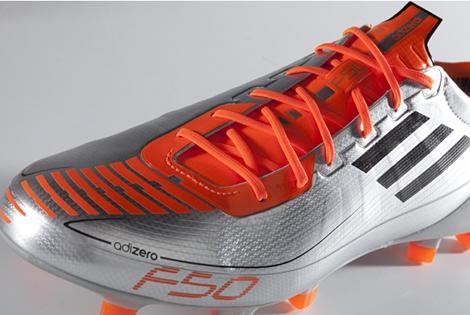 Secondly there had been some chatter that these would be a Messi-exclusive colourway – and there’s no doubt they’d look phenomenal on the feet of the mercurial Argentine – but as they’re exclusive to the F50, they’ll be for general usage, with Messi adopting the Warning/Black/White adiZero Prime as his football boots of choice. 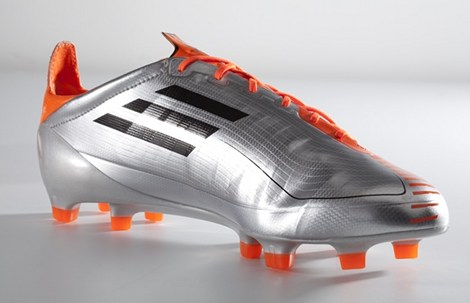 Onto how the colourway looks on these lightweight football boots; it’s definitely going to be a divisive colourway, as the glaring Chrome and searing Warning orange aren’t going to be a colourscheme everyone wants on their feet.

For what it’s worth, we think they work well on the adiZero‘s slightly box-y upper, and they remind us of an old Mercurial Vapor II colourway from way back! 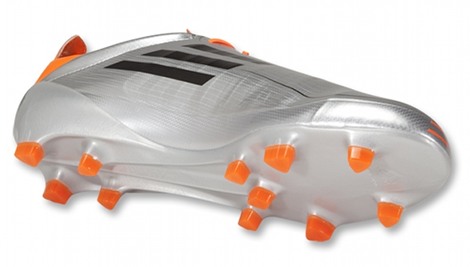 What do you reckon to these bold adidas football boots?

Let us know on the boot-o-meter below!