With many professionals and average Joes alike opting for the ‘standard’ adiZero over the new adiZero Prime, we thought it’s definitely worth looking at what adidas’ second lightest football boots bring to the table with this new colourway update. 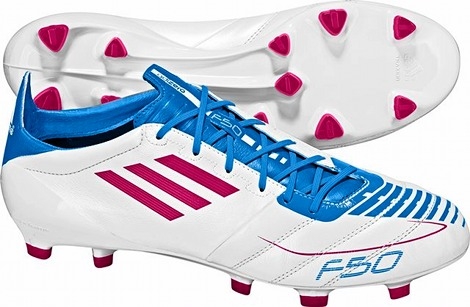 The likes of Messi, Villa, David Silva and Jermaine Defoe have all been opting for the touch of leather adiZero as we’re still firmly in Winter across Europe, so we can see many players will remain unconverted by the Primes.

As for the looks of these football boots – dare we say it – we think they’re actually a little bit nicer than the Prime! 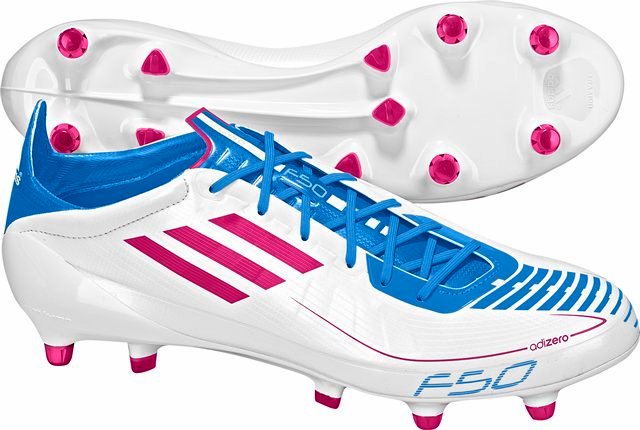 The lack of the cyan lateral TPU support band around the sole that the Prime has leaves the regular adiZero with more white on the upper, giving the boot a much cleaner, crisper feel.

Also, we mentioned on our overview of the adiZero Prime that the yellow studs were something of a turn-off, so it’s great to see them here with a much neater-looking all pink stud configuration.

So, now we’ve seen all three versions of the new adiZero, which one is your favourite?

Let us know in the comments section!

Written By
Kyle Elliot
More from Kyle Elliot
We lace up our boots for a day at the St George's...
Read More