If there was any football boot that was going to keep adidas’ Black and Yellow colour scheme clean ‘n’ classy – it was going to be the adiPure. 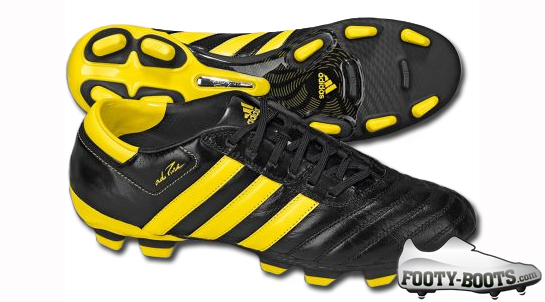 The adiPure III carries off the new World Cup colourway in exactly the manner you’d expect – which is obviously a good thing!

Like the World Cup Predator_X, the World Cup adiPure III‘s use the Black mostly on the leather of the upper, not only helping the football boots retain that classic feel that we expect from an adiPure, but also to really show off the super-soft leather used on the upper. 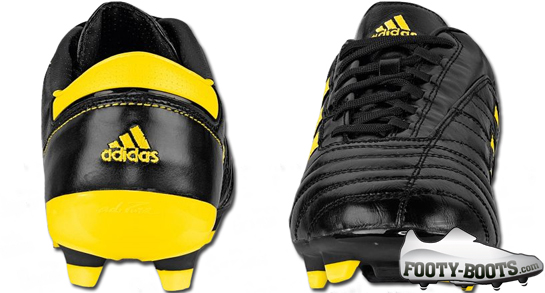 The Sun Yellow is used to highlight the new raised heel counter (which runs subtlety onto the sole too) and partially into the lining of the boot.

Personally, this design has become a firm favourite at Footy Boots, with many noting the fact that it will look great with just about any of the qualified teams World Cup kits.

However – if there’s one criticism, it’s that the football boot plays it a little too simple and clean! As it’s pretty much just the launch colourway of Black/White with the White bits changed to Sun Yellow – we’d have liked a special logo, or coloured branding to really show off that this is a limited edition World Cup football boot!

But that’s just us – what do you think?

Use the Boot-o-Meter or leave us a comment below! Rate it:

Written By
Felipe
More from Felipe
Two massive stars of the game, Liverpool's Steven Gerrard and Raul of...
Read More