adidas are revolutionising the concept of lightweight football boots at the moment, with boots like the adiZero Prime. It looks like they’re going no-holds barred, though, by bringing their heritage line down in weight too – introducing the adiPure SL! 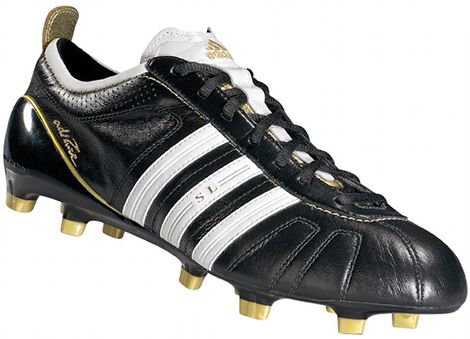 adidas’ adiPure range has long been defined by it’s exceptional touch, fit and feel for the ball – now adidas are looking to redefine players expectations of the adiPure lineage with the release of the adiPure SL.

Combining the ultra-soft K-Leather upper of the adiPure IV with the soleplate and last of the adiZero, the'  adiPure SL is what many players would define as their ‘dream football boots‘.

adidas have clearly seen the sky-rocketing sales of the adiZero and seen the demand players have for lightweight football boots, and are now looking to bring their legendary SprintFrame technology to their other silos – with the adiPure being the first of their boots to get the weight reduction treatment. 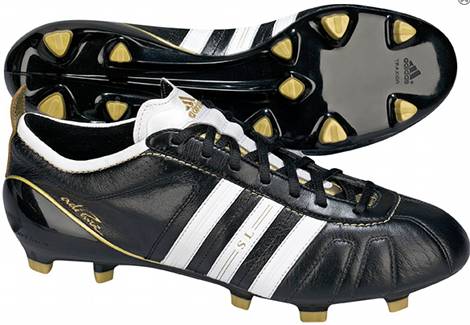 How much weight has been knocked off? Well, the new'  adiPure SL weighs in at only 200g – which not only beats the likes of the new King Finale and Tiempo Legend by a considerable margin – it actually beats the Mercurial Vapor and Umbro GT Pro, too!

For a boot with a K-leather upper and cushioned sockliner, you’ve got to admit that that is seriously impressive – whether you’re an adidas fan or not!

So, how have adidas done it?

Well, as mentioned earlier – the main source of the drop in weight is the incorporation of the SprintFrame TPU sole and the adiZero’s ‘last’.

This means that, like the adiZero, the adiPure SL is based on a wide, flat foot-bed, that brings the player’s foot closer to the floor for exceptional traction and weight distribution.

The'  adiPure SL is certainly going to be an unconventional'  pair of football boots. For starters, to our knowledge, no players are signed on to be ‘official’ ambassadors for the adiPure SL, as they will be a limited edition release (at least at the moment) – so any players you see on the pitch in them are doing so completely out of choice (always a good endorsement!).

As it stands at the moment, the'  adiPure SL will only be available in an FG soleplate in the Black/White/Metallic Gold colourway you see in the photos (though Footy-Boots.com has seen a classy white version – keep your eyes peeled!)

The'  adiPure SL are available for pre-order at selected retailers as of today, and will hit full retail release on the 1st of April 2011.

We can also reveal that these awesome football boots will cost £175/$250 upon release and will include a cleaning kit and presentation bot with additional adiPure SL-branded goodies. 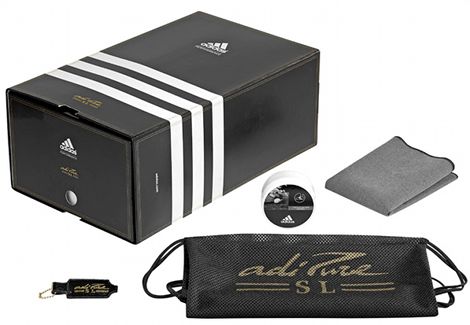 We can’t wait to see what you make of this latest adidas release – so make sure you use the Boot-o-Meter and comments to get your opinion heard!

Written By
Kyle Elliot
More from Kyle Elliot
We take a look at which boots have been hitting the target...
Read More