Footy-Boots.com fans will remember we spotted German talisman Philip Lahm testing out current adiPure IV back in November, and now we’re back with more pictures of another Bayern star testing a different pair of adiPure football boots. 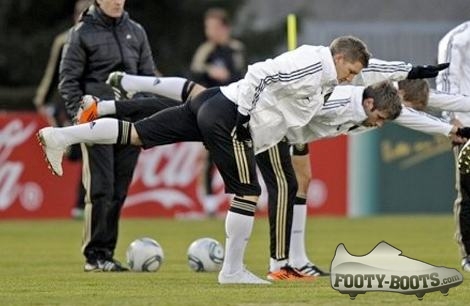 Over the past few weeks we’ve seen some pretty convincing pictures and listings on retail websites that you guys have sent in of the adiPure SL – and we reckon that is exactly what Bastian Schweinsteiger is testing out in these photos.

In an unusual move by adidas, the adiPure SL has been given a white-out treatment by adidas, rather than the black out we’re used to seeing. Whilst it looks awesome with the German National Team’s training kit, it does make features like the stitching a lot harder to make out under that type lighting – crafty move, adidas! 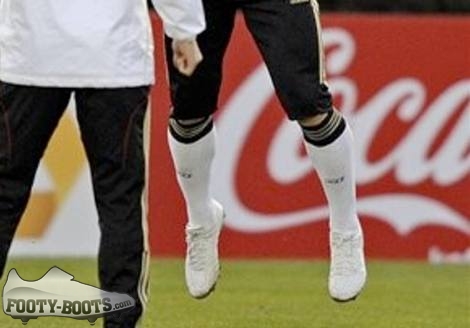 The fact that adidas have gone for a white-out could signify that the adiPure SL will have a white launch colourway, which would certainly fit in with the adiPure line’s image.

One thing that you can see on some of these shots is the narrower, peg-like studs used on the adiPure SL, rather than the wider, blade-like configuration we’re used to seeing on the adiPure IV. 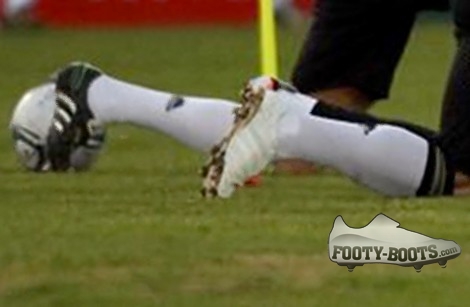 This would certainly tarry up with images we’ve seen floating around the internet, which show the adiPure SL using a slightly modified version of the adiZero’s TPU soleplate.

This TPU chassis would definitely mean a drop in weight over the current adiPure IV (which, need we remind you, is the lightest adiPure yet…), and could potentially bring the adiPure range into the sub-200g category (that’d be embarrassing for Nike!)

Also, as a bonus boot-spot, it looks like there was a pair of adiPower Predators lurking about on the training pitch too! adidas often picks the international break to test out some of it’s newest football boots, so their presence didn’t surprise us – but, shockingly, we didn’t see a single player wearing them! 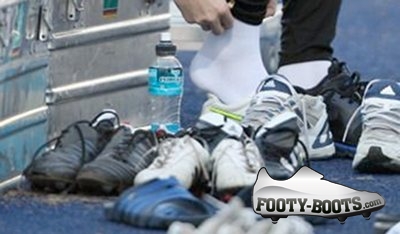 Send them over to us adidas, we’ll make sure we give them a good run out!

Personally, we can’t wait to see what this new adiPure brings to to the table, and if it is the adiPure SL and it does break the 200g barrier – adidas would have a very special boot on their hands!

What do you reckon to the look of these football boots? Drop us a comment and get speculation’!