Exactly one year after the launch of the adiPure III adidas are proud to announce the arrival of the adidas adiPure IV! 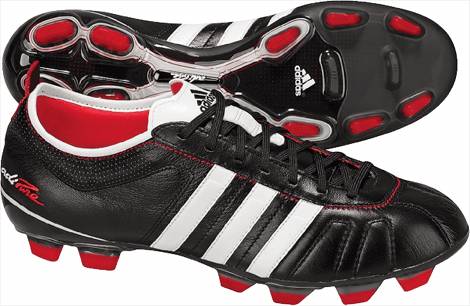 
The new adiPure IV is a further refinement of the successful adiPure formula, keeping the traditional Leather upper and tried and tested design queues and combining them with the best new technologies.

The technology you can expect to hear the most about from the adidas camp is the fact that the adiPure IV is the lightest adiPure football boot yet.

Tipping the scales at 280g the adiPure IV isn’t going to be challenging the adiZero for the crown of'  adidas’ lightest football boots – but it is nearly 35g lighter than it’s predecessor, which is going to be a very inviting prospect for all you adiPure wearers.

If the adiPure IV is a bit ‘funny’ looking to you, we understand – there’s a few subtle design changes that you might not be able to put your finger on.

Firstly is the return to perfectly central lacing. The last time that this symmetrical design was used was on the original adiPure. This traditional design idea is sure to be a welcome addition to the boot when combined with the super-comfortable tongue. 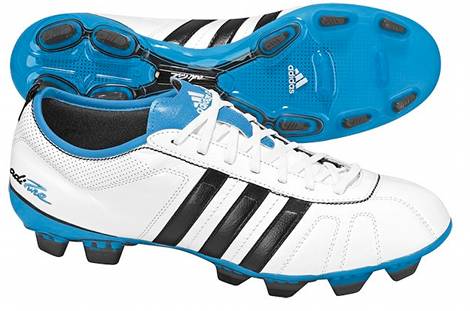 Then there’s the vamp at the toe-end of the boot. The adiPure IV has an enormous lacing area compared to most football boots. Adidas say that this gives the player total control over the fit, allowing the adiPure IV to really shape to a players foot, giving the boot the most sought after clich'© of all; the ‘glove like fit’.

Finally, if you think the adiPure IV looks ‘longer’ than usual, it’s because adidas have moved their signature 3 stripes further down the boot – this is to mimic the classic retro football boots aesthetic, where the branding was closer towards the toes. The result is a more elegant silhouette for this classy cleat. 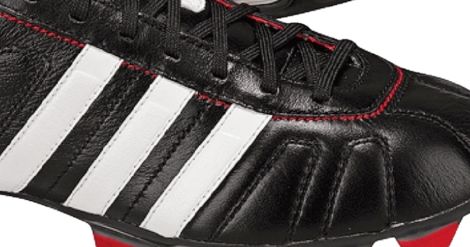 adidas’ adiPure range has been a huge success for the German brand, combining everything players love about heritage boots (materials, craftsmanship, design) with the best aspects of a modern pair of football boots (technology, ergonomics, protection). Designed for the player that demands the most from the modern game but without compromising touch, the adiPure IV is set to be the football boots of choice for Xavi Alonso, Frank Lampard, KakÄ‚Ë‡ and Diego Milito.

The adiPure IV is due to hit stores on the 1st of January 2010 and is the latest adidas boot to suffer a price hike. While the adiPure III was priced at £100 for FG and £109.99 for SG, the adiPure IV will set you back a full £120 – following on from the Predator_X‘s jump to £150, we might want to prepare ourselves for a big jump in cost when the adiZero Prime eventually hits next year.

Let us know what you think of the latest adidas football boots with a comment below!

Written By
Kyle Elliot
More from Kyle Elliot
Diadora's feature-packed DD-Eleven get a bright new look as the nights get...
Read More