adidas are all about the new colourways at the moment, having just launched a new Blackout Predator_X and with the adiZero Prime ready to launch in a matter of days.

So, it makes sense that the German brand are ready to give the adiPure IV some colourway love too – in the form of this eye-catching Scarlet/Black/White palette!

After the classy black and white colourways, it’s nice to see something a little bolder for adidas’ well-received heritage football boots. 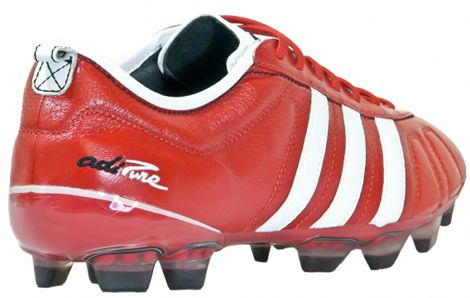 One great thing about brightly coloured adiPures is in the past, all manner of players show up wearing them! Whilst you might expect KakÄ‚Ë‡ to stick with the white launch adiPure IV to match his Real Madrid kit – in the past he’s frequently worn Red and Blue versions of his signature football boots to make them really stand out!

Personally, we think the Scarlet is a great look for these retro-inspired football boots, giving the leather around the toe-box a really glossy finish that the previous two colourways didn’t show off; and the lovely creasing around the stitches shows off the quality of the materials used on the adiPure IV. 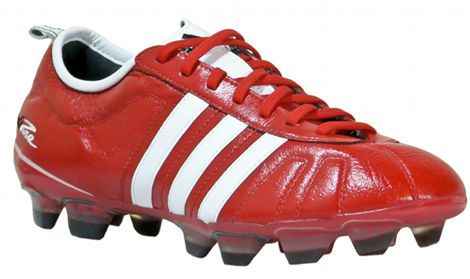 If you’re desperate to get your hands on a pair, we’ve got some bad news as these beauties won’t be available until March the 1st – and will retail for a princely £120.

What do you think of this new adiPure IV colourway?

Looking sharp in Scarlet or would you prefer to see these football boots kept more toward the basic end of the spectrum?

Written By
Kyle Elliot
More from Kyle Elliot
Nike launch their latest top-level match ball for use in some of...
Read More