adidas’ proud tradition of offering up a fan-favourite, blacked-out version of their flagship Predator football boots once per generation continues today as the Three Stripes reveal the adiPower Predator – Blackout! 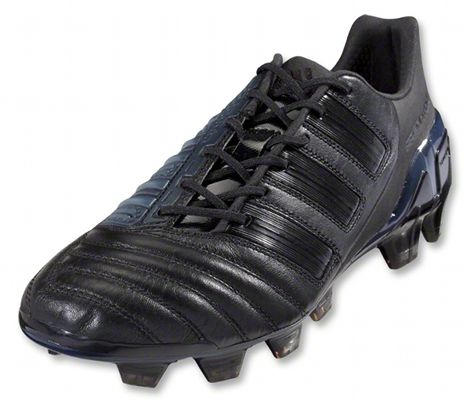 Looking almost exactly like the prototypes we used to see on the feet on some of world’s greatest players, the adiPower Predator – Blackout is looking deadlier than ever in this all-black colourway.

Having been sighted since it’s April 2011 reveal in a variety of bright and beautiful colourways, long-time Predator fans will be thrilled to see their boot of choice in a lethal triple-black combo.

With a Taurus leather upper, integrated Predator element and PowerSpine built into the sole, the adiPower is built to take control of a game by putting everything a player needs right at their feet.

The high-friction Predator element offers supreme grip on the ball when receiving the ball, and supreme swerve and spin when distributing it – whilst the PowerSpine adds drive to each strike and cross. 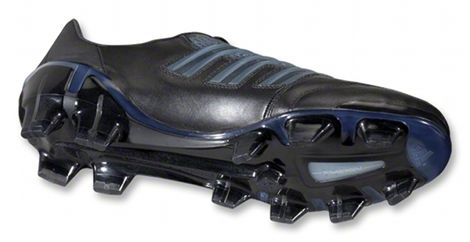 As well as power and control, the adiPower is also one of the lightest Predators ever – using the same SprintFrame construction as the adiZero to drop the weight of these football boots to just 235g.

adidas’ black-out Predator is usually a sign that this generation of Predator has run it’s course, and we’ll have a new version to look forward to before too long – but as always – a stealthy adiPower Predator – Blackout is the best sort of high to go out on!

Written By
Kyle Elliot
More from Kyle Elliot
adidas' latest limited edition is their wildest yet - get all the...
Read More