Even with today’s exciting new Nike releases, adidas are using the Champions League training sessions to remind us that they’ve got some big football boots news on the horizon, too – in the form of the adidas adiPower Predator! 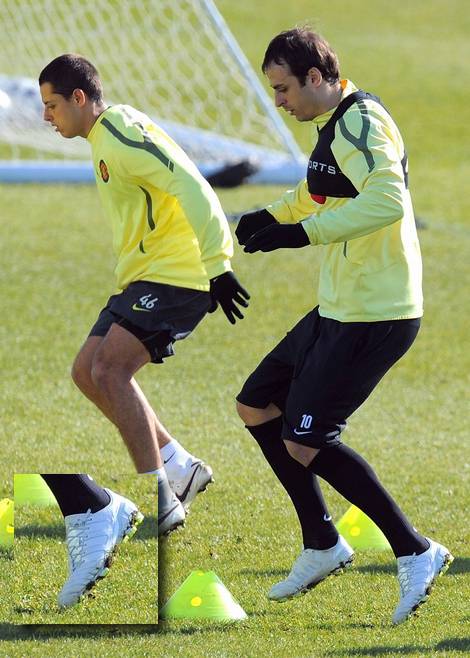 In an interesting combination of players, it was Predator-man Dimitar Berbatov and recent adiZero-convert Nani who were wearing these unreleased football boots, leading many to suggest that the adidas adiPower could be the lightest Predator yet – catering for both the needs of a striker like Berbatov and a speedster like Nani.

In the same white-out upper we spotted on David Beckham late last month, one detail that the keen-eyed among you will have already clocked is the illuminous yellow ‘electricity’ studs, which are remarkably similar to the original studs on the Messi Chameleon adiZeros that were unveiled in April 2010. 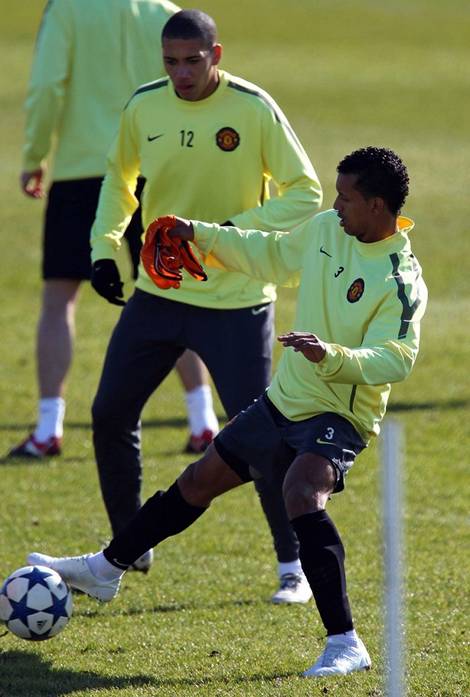 We’d have to guess that these bold studs are part of a future colourway of the adiPower – but one thing’s for sure, they certainly wouldn’t look very good with the traditional Red/White/Black launch colourway that has so long been associated with adidas’ signature power football boots!

One shot of Berbatov gives us a great (if slightly our of focus) look at the soleplate of the new adiPower; with one of the main points of focus being the ‘window’ on the toe end of the boot – presumably housing a refined version of the already existing PowerSpine technology. 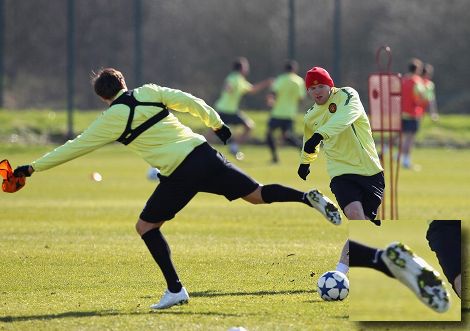 Of all the players at Manchester United, adidas couldn’t have picked two more interesting players for feedback on their boots. Berbatov has long been a proponent of the adidas Predator PowerSwerve’s PowerPulse system – even having it built into his Predator_X’s – so we imagine that the former Bulgarian international will be a tough critic of whatever new technology is being incorporated into their new football boots!

Thanks again to the irrepressible DDChile for another great spot!

What do you think the new adidas adiPower Predators will bring to the table?

Written By
Kyle Elliot
More from Kyle Elliot
Group H contenders Switzerland will be going into the tournament as dark...
Read More