After a couple of weeks off the Footy-Boots.com radar – we’re guessing due to the winter break – The new month of February brings us a new sighting of a pre-release adidas Predator adiPower! 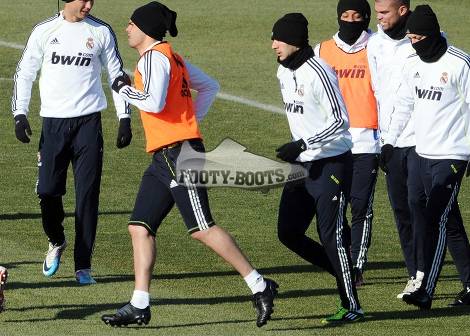 However, KakÄ‚Ë‡ is one of the last players we’d expect to be spotted wearing the new adidas football boots!

The Brazilian Superstar has only just broken in his adiPure IV’s after returning from injury, but it now looks like the former AC Milan man could be being lined up to play in the new Predator – supposedly called the adiPower! 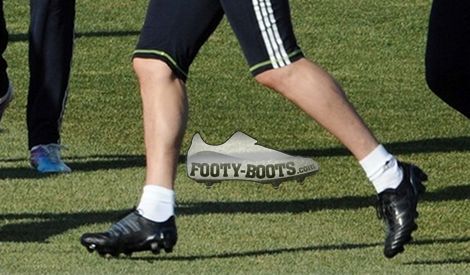 This is definitely one of the better quality pictures we’ve been able to get our hands on – and hopefully you’ll be able to see enough on these football boots to get you excited for when they launch later in the year!

One thing that we notice in this picture is that soleplate looks much more like the current Predator_X in these shots, with wider, flatter FG blades.

Previous photos seemed to show the new adiPower had forefoot studs shaped narrower and rounder; much more like the adiZero.

The possibilities that this brings up are that adidas are listening to their player feedback to adjust the soleplate for more comfort or stability.

The other possibility is that adidas could be making a separate boot, or a ‘Super Light’ version of the adiPower with an adiZero soleplate, and this is the first time we’ve seen the ‘standard’ version. Very interesting indeed!

As a bonus, Real Madrid supremo and friend of Footy-Boots.com Jos'© Mourinho is also the first to d'©but the new Blackout adidas Predator_X which was unveiled today! 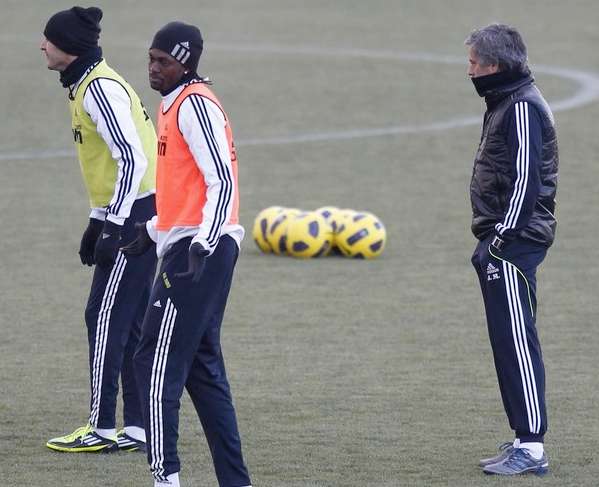 Looking at them on the pitch you can really appreciate how the sun makes some of the rubber areas and stripes come up in a sleek blue colour.

Finally, we’ve got to thank Footy-Boots.com community member DavidD for shooting us this spot over – he’s fast becoming out boot-spotter-in-chief!

What do you think to the new adidas Predator? Can you spot anything on the boot that we’ve missed?

Also, do you think KakÄ‚Ë‡ will play in them when they release? Or do you think adidas are just keen to get his feedback?

Use the comments below and get your voice heard!

Written By
Kyle Elliot
More from Kyle Elliot
Leo Messi has triumphed once more in the Ballon D'or, and adidas...
Read More