It was May 2015 when adidas football withdrew their Adizero, Predator, Nitrocharge and Adipure football boots. They replaced them with the ACE and the X.

The adidas X was the football boot aimed at those that “can never be controlled”.

Here is the adidas X15, up close and personal. 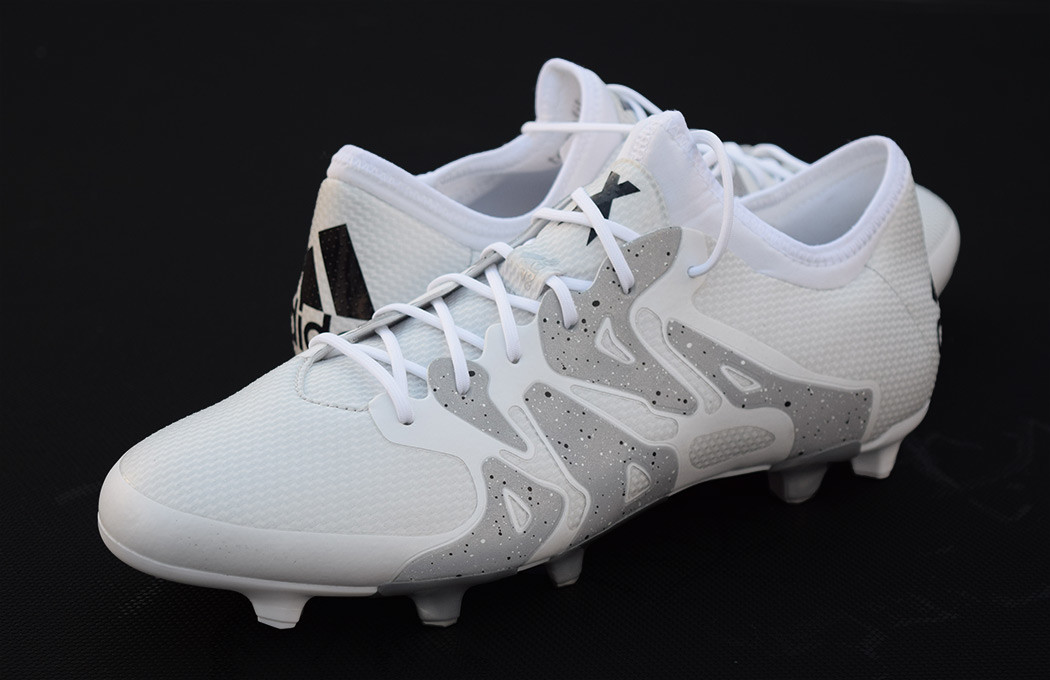 The adidas X15 arrived shortly before the Champions League final in 2015, it was marketed by the German brand as the boot for players looking to provide chaos. The X15 was for players that defy rules and structure, those with a mean streak in their game. 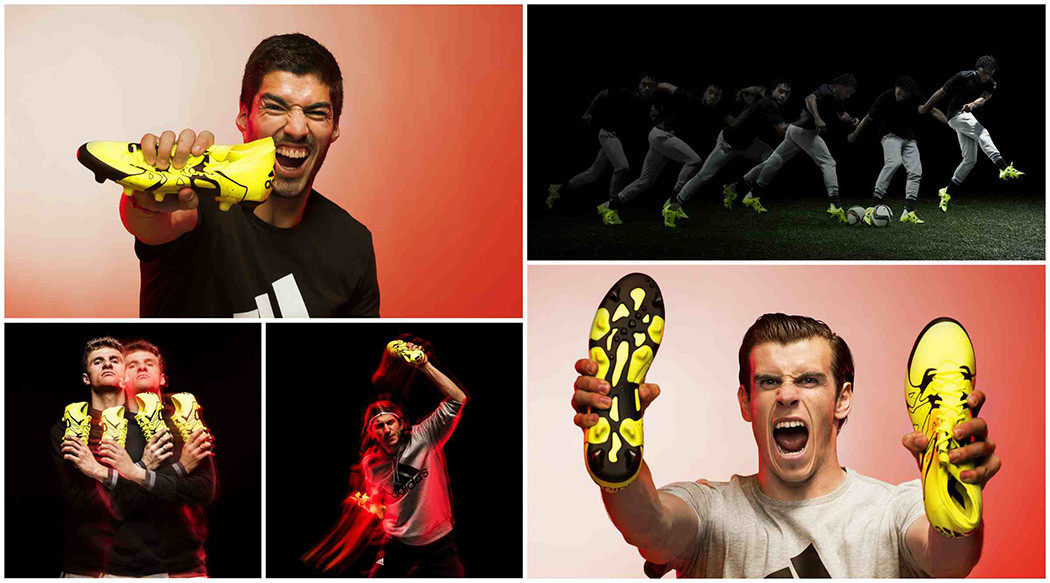 The adidas boot designers responsible for creating the X15 were influenced by players like Gareth Bale, Arjen Robben and Luis Suarez. Players who are aggressive, agile and play on the edge. The X15 design was about being quick and explosive. 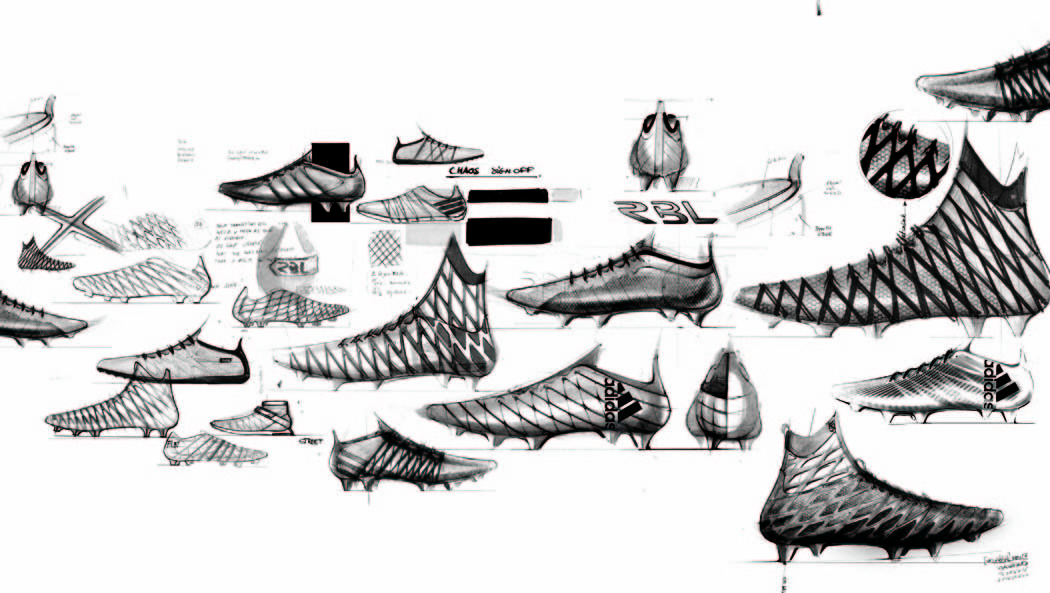 With the launch of the new X boot also came a flood of new tech features. 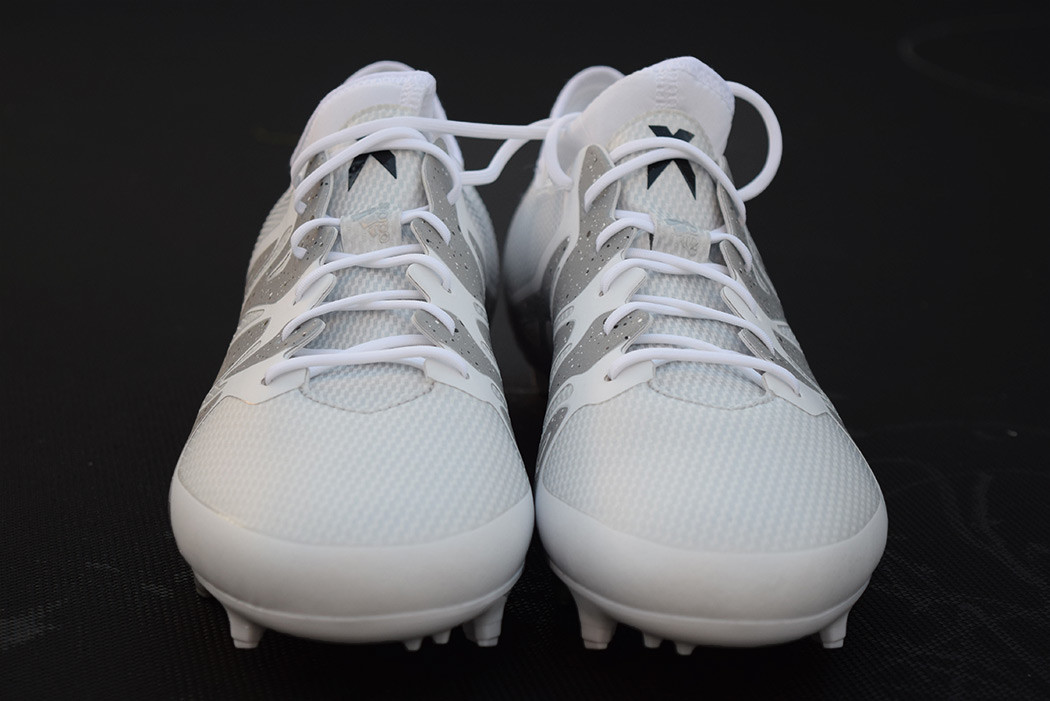 The X15 upper is made from X-SKIN. This is a lightweight, flexible material made up of three layers. 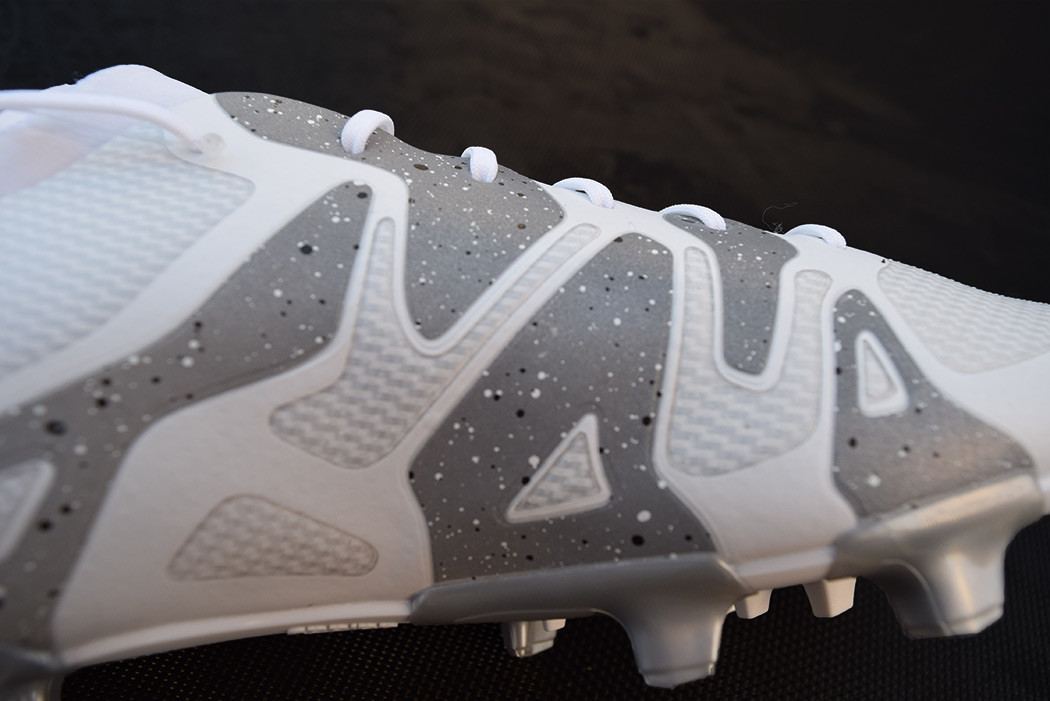 Across the upper is the X-Cage. The X-Cage, with the chaotic pattern, is found around the medial and lateral sides of the boot (mid zones). The X Cage helps keep your foot locked in and prevents it slipping in action. It also helps you with cuts from side to side and your overall stability.

One of the features that the designers of the X15 were focused on achieving was agility. They started with the outsole (sole of the boot) where they created a new stud pattern known as the X-Claw. This lightweight offering offers great traction with four studs under the heel and six in the forefront. In the middle of the forefront are the smaller, shorter studs. adidas are defiant that this is the fastest outsole they have ever made. Another extremely useful feature of the X-CLAW stud config is that they can be used on both artificial and regular grass. 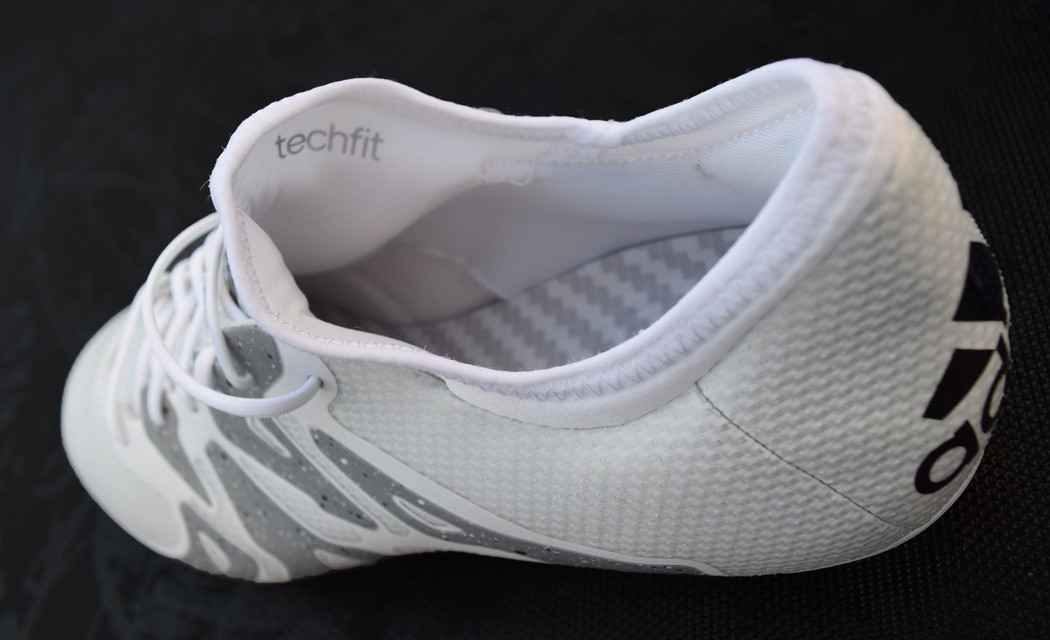 Mainly due to Nike, collars have become vogue in football boots. In the X15 adidas have used their Tech-Fit material to create a low-cut collar that grips closely around the ankle that is supportive and fits very comfortably.

We were not overly enamored by the X15 at launch. We understood why adidas would want a really striking launch colourway of yellow and black, but it didn’t do it for us. Slowly but surely however, the design has grown on us, particularly our top pick colourway of White / Core Black / Silver Metallic, featured in these photographs.

The side profile view of the X15 looks so perfect for a football boot it could be the outline for a new Footy Boots logo. 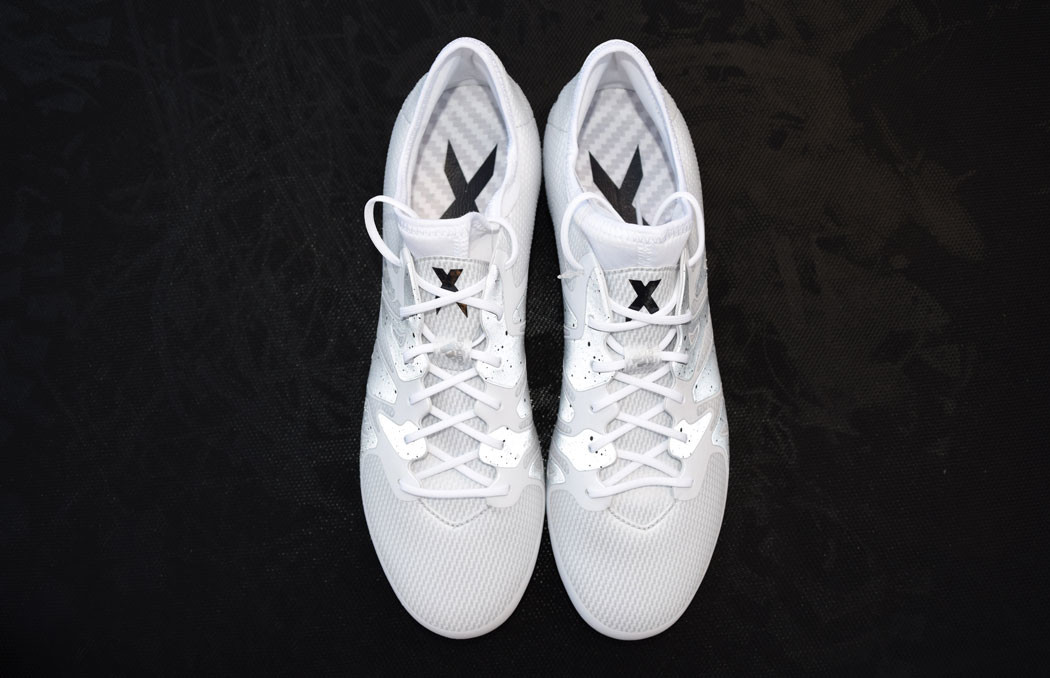 We’ve worn the shoe for a few weeks now and it feels as comfortable today as it did the first time we slipped it on.

There was no ‘break-in’ period’, just a short period of acclimatising, getting used to the feel.

The X-Skin has a mildly dimpled surface which does just enough to give you a bit of extra grip when making contact with the ball. You can get a good feel for this when you do a bit of ball juggling, it works, it’s good. Also, due to the lightweight, thin upper, you get a great feel on the ball.

The downside to the X-Skin is that it is doesn’t offer you a great deal of protection. Get a stamp on the toe and you’ll know about it.

By far our favourite performance feature is the outsole. Having used the boots on both FG and AG surfaces, we can confirm that the boot is at home on both surface types.

The X-Claw stud pattern offers you tremendous traction on the turf. A combination of the stud pattern and stud shape really helps those cuts and the outsole seems to work in harmony with the X-Cage. 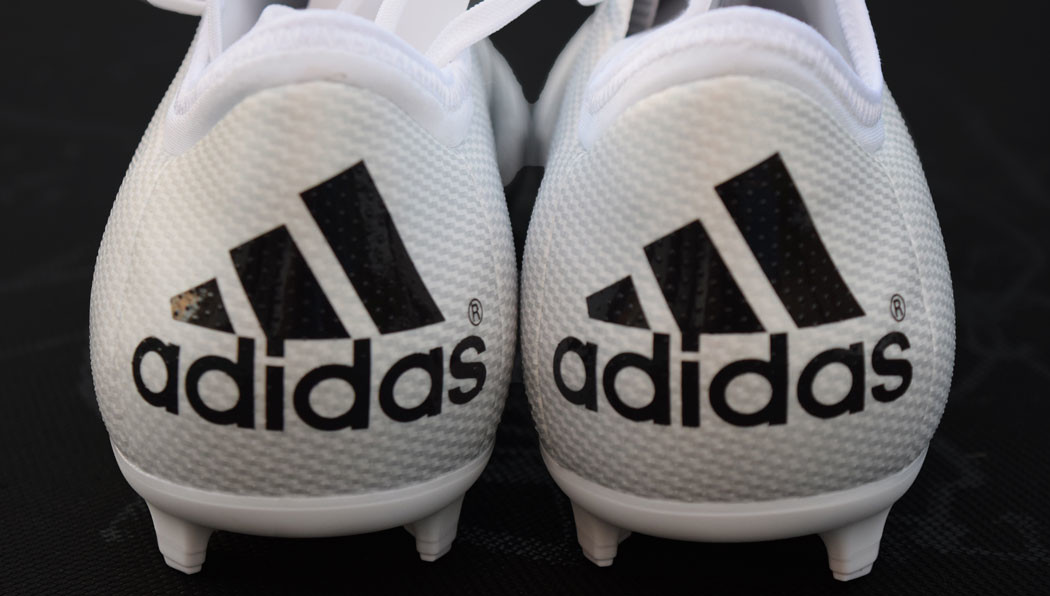 The X15 is a solid boot, that offers a snug fit. Weighing in at just over 200g, they’re light, but not super light. They’re proving durable, having used the X15 for a few months, they’re yet to show any signs of damage.

Availability: On sale from May 2015

Written By
jimmyengland
More from jimmyengland
Hidden amongst the Electro Flare Pack launch were versions for use indoor...
Read More