adidas have announced the addition of West Bromwich Albion to their Premier League portfolio as the Midlands club have confirmed on their website. 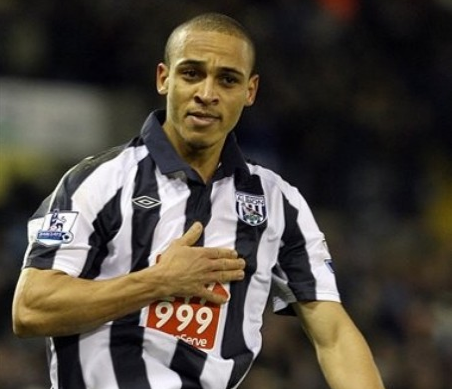 The Baggies have been resurgent under new manager Roy Hodgson, and their highest-ever league finish and rich history no doubt made them an attractive proposition for the German sports giant.

Whilst neither monetary figures or timespan have come to light, the deal – which would see adidas supply matchday, replica and training kit – was completed this morning.

The news will come as a blow to Umbro, who have supplied Albion since 2006-07, but had a long-standing affinity with the Hawthorns club going back to the early 1970s.

It also means that Umbro’s position as the brand that sponsors the most top-flight teams could well be at an end, as they drop to 3 teams; Manchester City, Sunderland and Blackburn – unless Umbro-sponsored Swansea gain promotion at Wembley next week.

This will be Albion˘ first-ever association with adidas, who already supply the kit for Chelsea, Liverpool and Stoke City – which would see them return to the top of the kit-sponsoring pile, for one season at least before Warrior Sports take over Liverpool.

The company will provide the club˘ playing and training kit – although the length of deal has not yet been disclosed.

Albion are also in discussions with potential kit sponsors, following the end of their current term with Homeserve – with the domestic repair company among those pitching for the deal.

Do you think this is a good move got adidas & the Hawthorns club?

We can’t get past the irony that the ‘Baggies’ could well be wearing adidas’ skin-tight Techfit shirts next season!